Next up for my Asian handicap previews at Eastbridge Soccer Betting Broker, is Tottenham’s return to the UEFA Champions League.

This is Tottenham’s first Champions League campaign since the 2010/11 season, when they were involved with some great matches.

Their first eight games in the competition all ended Over 2.5 Goals, seven of those went Over 3.5 as well!

This season Spurs started their Premier League campaign with a hangover from last season’s failure to win the league.

Their poor finish to last season was made worse, 5 of their players were involved with England’s miserable Euro 2016.

However, their solid backline have continued their good work from last season, just two goals conceded in their four games.

Plus, with a 4-0 win at Stoke on Saturday, perhaps the nightmares of the past few months are fading.

Monaco are the early leaders of Ligue 1 with three wins and a draw from their opening four matches this season.

The tiny principality side have been hot in front of goal, with 10 goals racked up in their four games.

The 3-1 win over title rivals PSG, will fuel them with confidence for games like this in the Champions League.

Monaco are back playing in the Champions League after missing out last year, but will be confident of reaching the knockout rounds.

However, they have very mixed results on the road in this competition, with a record of P9 W4 D1 L4.

Impressive away wins over Bayer Leverkusen, Villarreal and Arsenal, are tempered by defeats at Benfica, Valencia and Fenerbahce. 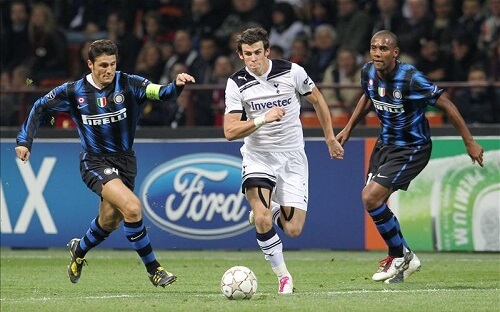 During their run to the Quarter Finals, Gareth Bale famously terrorised Inter Milan. But they eventually came up short against Real Madrid.

The Asian Handicap line for this match has Spurs as -0.75 favourites. This is a line they covered in all four of the wins mentioned previously.

In last season’s Europa League, they also have a strong home record of P5 W4 D0 L1 and that includes a 4-1 win over Monaco.

Unfortunately, this home form has to be watered down because Spurs will be playing their Champions League home games at Wembley.

Monaco with a handicap line of +0.75 would only have returned one full loss from their most recent away games.

The Asian Handicap Total Goals line is currently at 2.5. With the Overs priced at a tempting 2.02 and this is of interest.

Spurs are strong in defence, but they will need to get used to playing at Wembley.

Monaco have shown they can mix it with the best already this season and the goals are flowing, so I am happy to back more of the same here tonight.

I think Tottenham will expect to beat Monaco again this week, but one good win at Stoke does not mean they are back to their best.

Monaco’s victory over PSG, now looks even better after Arsenal were very lucky to get away with a draw in Paris last night.

Asian Handicap Recommendation: Over 2.5 Goals at 2.02

Prices correct at the time of writing.