Since joining Sassuolo from Alanyaspor in the January transfer window, Merih Demiral’s impact has been nothing short of remarkable.

Rapidly cementing his place within Roberto De Zerbi’s entertaining, offensively geared Sassuolo side, the talented Turk wasted little time in stamping his mark in Serie A with his classy performances. Proving himself to be a consistently reliable operator in the heart of defence, his 15 appearances for the Neroverdi were so impressive that Juventus have reportedly snapped him up for a €15 million transfer fee. Not bad at all considering his initial agreement when he arrived at Sassuolo from Turkey had an obligation to buy clause of just €7 million.

Fighting off Atletico Madrid for his signature, who offered €20 million, the excellent relationship between Juventus and Sassuolo, coupled with Demiral’s desire to stay in Italy, ensured the Old Lady got their man. When he joins, he’ll incredibly become the first Turkish player to play for Juventus, as the 21-year-old will be hoping to hit the ground running just like he did at Sassuolo.

Getting the chance to work alongside Juventus’ ultra professional players, and to learn from the likes of Giorgio Chiellini and Leonardo Bonucci, should do wonders for his development, something that would have certainly been another reason why he chose Juve.

Upon closely analysing his performances, there’s no doubting what an exciting youngster he is, for he has just about all the tools required to be a success in the modern game on both sides of the ball.

To start with his defensive output, and the former Sporting prospect does an excellent job of reading the play and anticipating what will happen next so he can execute good actions to cut out attacks. Showing off his fine decision making ability, he recognises astutely when to respond to triggers like when he needs to step out and follow his man, drop back, shift laterally, cover a colleague, pass over a marking assignment or support a mate. 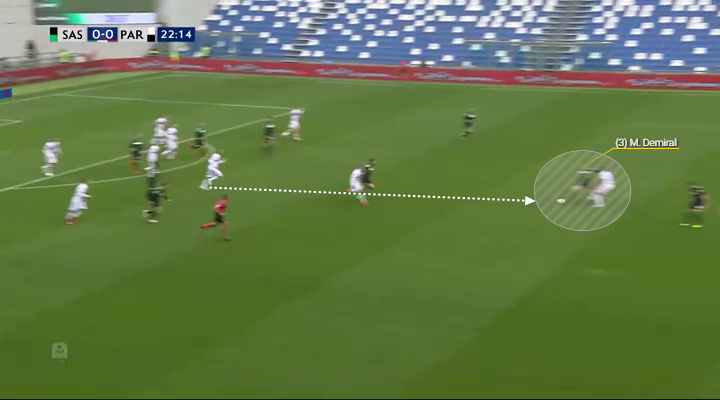 He transfers his fantastic judgement into his heading, where he rapidly picks up the ball’s trajectory to time his jump, and into his tackles, where he does a largely proficient job in timing his interventions to recover the ball. 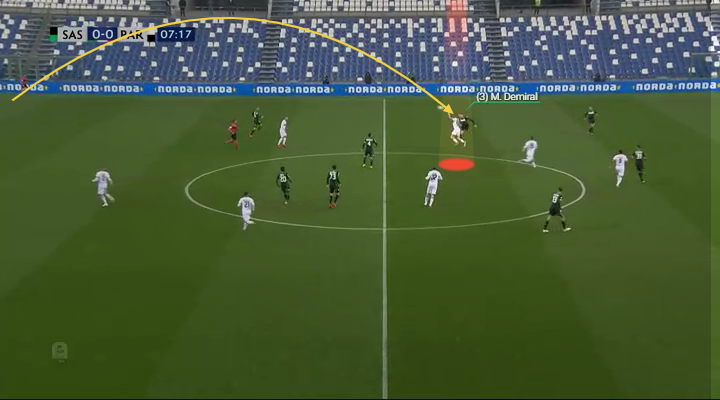 In addition, his aptitude in the afore also ensures he can block pass lanes, shots, crosses and cutbacks to enhance the difficulty his opponents have of breaking through.

Acquitting himself soundly in 1v1 duels, he gets into robust, balanced positions to handle these scenarios, as he makes himself wide and shrewdly alters his body position to match his adversaries’ moves. Aided by his long legs and towering 193 cm frame, Demiral’s certainly a challenging proposition to get beyond for any attacker. 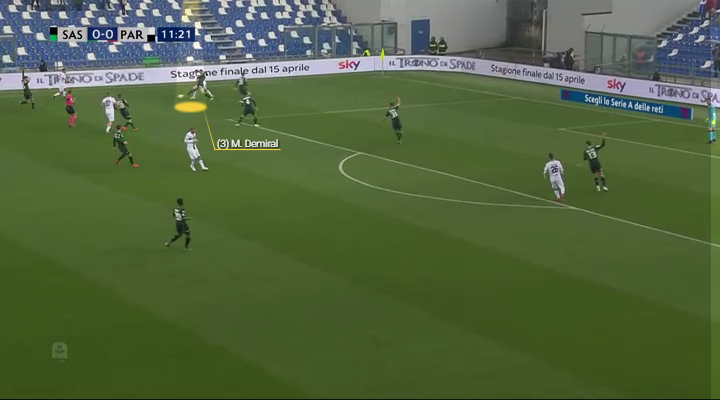 Possessing good strength, pace and agility, he regularly outmuscles his foes and does a superb of job of tracking their runs in behind and into the channels, as his athleticism helps him enormously. 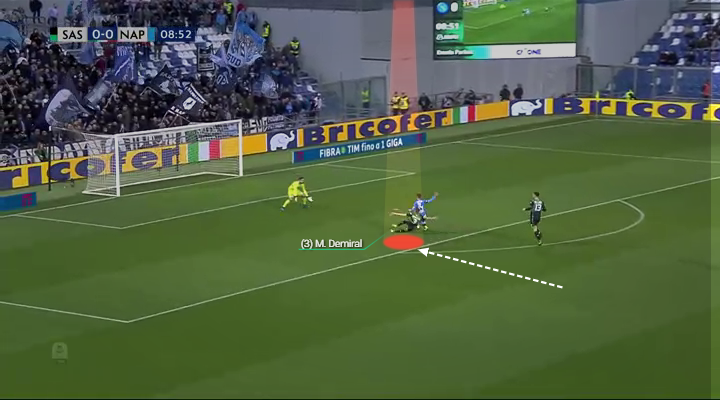 Venturing into his attacking qualities, and Demiral’s displayed what an accomplished figure he is here too. A coherent, calculated passer, he’s been a key cog in his team’s attempts to buildout from the back, as he’s orchestrated many an attack with his tidy distribution. Two footed and boasting a nice range, he can play wicked switches of play, lovely through balls in behind, vertical line breaking passes or recycle possession while his team waits for an opening. 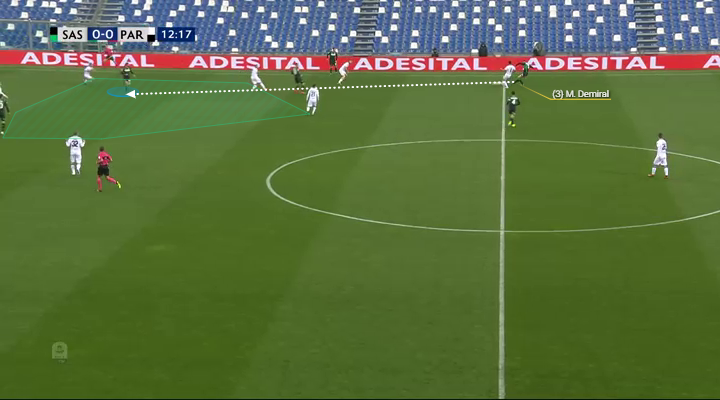 Playing under De Zerbi, who practices positional play and is so insistent on playing out from the back, has done him wonders in this compartment, for he’s been forced to quickly find options and back himself to bypass opposition pressing structures.

Although he could be more aggressive carrying the ball upfield, his dribbling has still been a highlight. Doing a decent job of taking advantage of vacant spaces, he’ll often push up and look to create a marking dilemma in the opposition’s second line of pressure, which often then draws out a man to create a free player for Sassuolo. 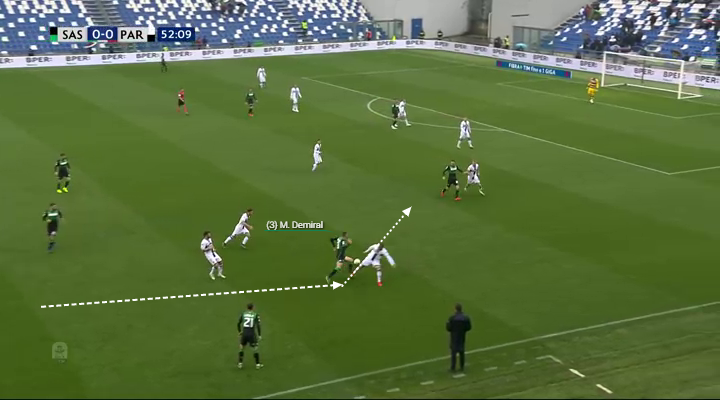 Getting better and better in the face of pressure, his technical skills and composure on the ball have certainly been put to the test at Sassuolo. And it must be said, he’s coped admirably with whatever has been thrown at him.

Highly rated and destined to have a long and successful career at the top of the sport, De Zerbi certainly believes he has what it takes to be a star, insisting: “He’s a strong, complete footballer. He’s technical, fast, powerful, with personality. He’s only 21, I think he has a bright future ahead. He still has to grow but he is a force of nature,” explained De Zerbi.

After a whirlwind 12 months for the gifted 21-year-old, where he’s excelled in two different leagues, plus made his full international debut and earned himself a dream move to Juventus, Demiral will surely look back on this period with immense pride and satisfaction at his breathtaking progression as a player.

For more analyses, highlights and match previews, visit Eastbridge’s insights page and get the latest on sports. New to betting? Try VOdds now.