Viewed as surplus to requirements by Brighton and Hove Albion in the summer, Oliver Norwood’s certainly been a wonderful addition to Sheffield United’s squad this season.

Settling in excellently into Chris Wilder’s side, who currently sit joint third in the Championship, Norwood’s multifaceted skill set has been an integral component towards their success. Having now joined on a permanent deal for a bargain fee reported to be around £2 million, his manager has been delighted with his impact. “As a manager and a coaching staff, you always look for players to hit the ground running and Olly did. He’s had a great start,” he gleamed.

Wilder then added he’s hoping Norwood, who’s gunning for a third consecutive promotion after helping Brighton and Fulham reach the Premier League in the last two years, will be a lucky charm for them too.

Absolutely crucial in organising and masterminding his team’s offensive phases, the 27-year-old’s technique, tactical acuity, intelligence and execution has been first class.

A sublime passer, Norwood’s used his aptitude in this regard to progress the ball upfield with conviction and authority. Possessing a wonderful range of passing that sees him equally comfortable at hitting short, intermediate and long passes, he has the right solution no matter what scenario he’s confronted with.

His long balls have been a real feature of his output, as he switches the angle of attacks with raking diagonals to put his winger or fullback in advantageous 1v1 duels. Hitting these balls with wicked pace, accuracy and immaculate ball striking technique, this has given the Blades additional attacking impetus.

Also excelling at playing pinpoint through balls in behind to his forwards, he’s given them the silver service on countless occasions from his deep-lying playmaker role. 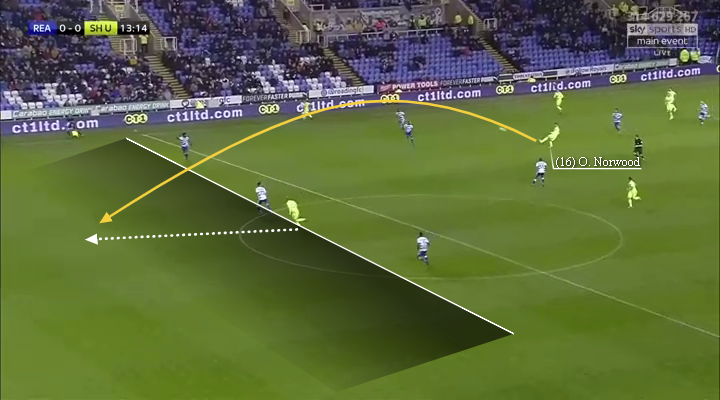 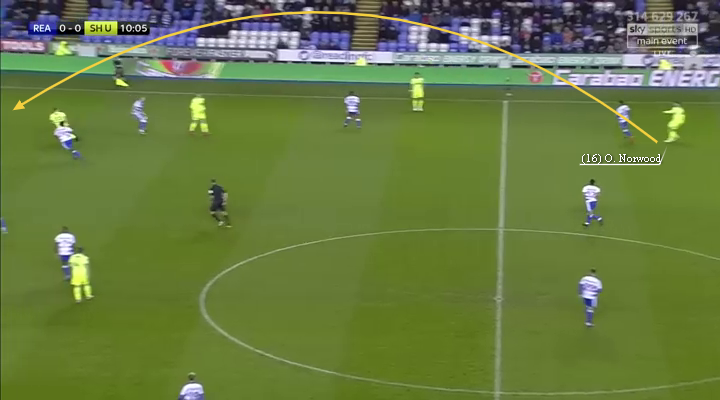 Oliver Norwood’s wicked pass in behind 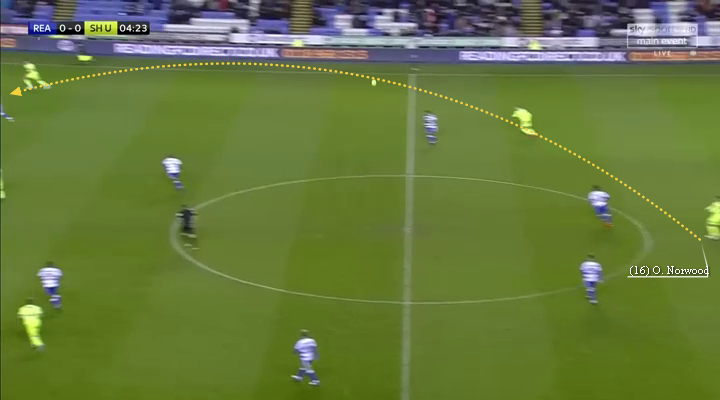 Competent in his short and mid distance game to boot, he combines intricately in tight spaces and unleashes vertical line breaking passes with ideal weighting to bypass the opposition while also ensuring his deliveries can be controlled easily. Another small detail he gets spot on is how he usually finds a teammate on their preferred foot. 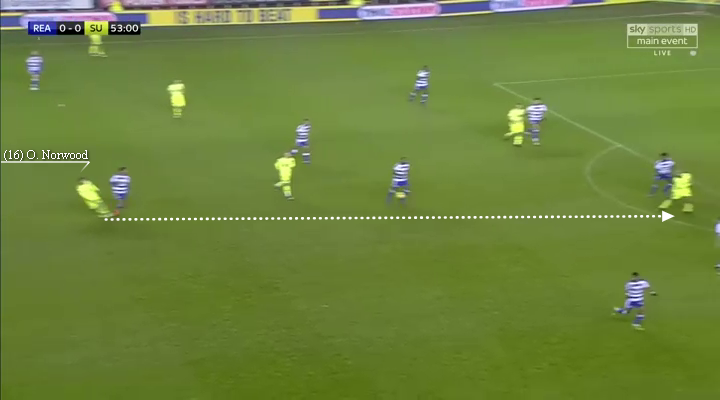 The Northern Ireland international accompanies the aforementioned with his sound ball control, first touch and how he scans his environment so he knows where his teammates are located in relation to the ball, vacant space and the opposition. Importantly, if no options are available, he has a tidy array of maneuvers to gain separation from his marker while he buys time to wait for an outlet to present itself.

Press resistance and exuding composure, his ability to process situations so quickly and make calculated decisions has ensured he rarely turns the ball over. Furthermore, being so unfazed in the face of pressure means he successfully provokes pressing actions to create a free man upfield or open passing lanes.

Bringing everything together with his movement and positioning, his timing enables him to create vital overloads and positional superiorities to assist in their attempts to progress upfield. Whether it be dropping deep near the central defenders, shifting across to support wide attacks or offering an option when a forward drops deep to connect play, Norwood’s connected moves smartly. 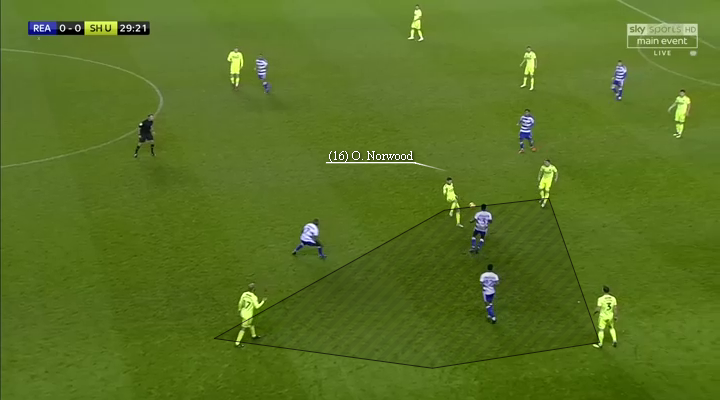 Moving onto his defensive body of work, and the experienced campaigner undertakes his responsibilities with a nice blend of physicality, nous and intensity. Tenacious in his pressing, he reacts sharply to cues to harry his targets, such as when an opponent receives with their back to goal or in an open body posture, plus when they are about to inherit an underhit or sloppy pass. 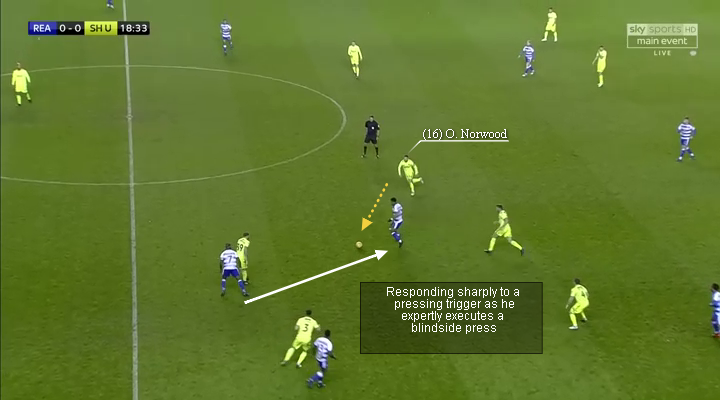 Meanwhile, if not pressing, he knows exactly when to drop back into a mid-block to close pass routes, cover key central spaces, shift laterally to the ball side or pick up any opponents in his designated area of operation. Providing defensive stability too when his team customarily attack with so many numbers forward, his astute awareness and reading of the play have been crucial in not letting his team get overly exposed in transition.

With Sheffield trailing league leaders Leeds United at the top of the Championship by just four points, Norwood will continue to be a massive source of inspiration for the Blades’ push for a coveted automatic promotion spot. If his performances so far are anything to go by, there’s no reason to suggest he won’t be able to keep up his high level in the decisive run home.

One of the signings of the season, the capture of Norwood has unquestionably been Brighton’s loss and Sheffield’s gain.

Top three in the week of the 76ers’ Joel Embiid