Having been one of the most entertaining and talented prospects plying their trade in Ligue 1 over the last two-and-a-half years, Malcom’s decision to join Barcelona is another coup for the Catalans who secured his signature after he appeared destined to join AS Roma.

Wanting some extra reinforcements in wide areas and knowing what a high ceiling the exciting Brazilian has, Barca’s recruitment team have yet again weaved their magic under controversial circumstances to secure another player that will unquestionably improve their squad.

Possessing a multifaceted set of characteristics, Malcom will add vast amounts pace, unpredictability and power to Ernesto Valverde’s team’s efforts going forward. To start with his technical qualities, and the 21-year-old’s wondrous dribbling ability, strong first touch, and ambitious passing ensures he’s capable of creating advantageous situations for both himself and his teammates.

A player who relishes and thrives in isolation situations, the former Corinthians prodigy uses his vast repertoire of moves, in combination with his searing pace, to persistently outfox and unbalance his adversaries. Through his stepovers, shoulder drops, elusive feints, shimmies and razor-sharp changes of pace and direction, the mercurial winger is never an easy man to come up against.

Confident, assured and flamboyant, he runs at his markers with conviction and always backs himself to beat his foes. Seeing as teams will often double team him, this notably opens passing lanes for his teammates and gives him the opportunity to beat both men (as shown below), while importantly unhinging the opponent’s defensive shape. 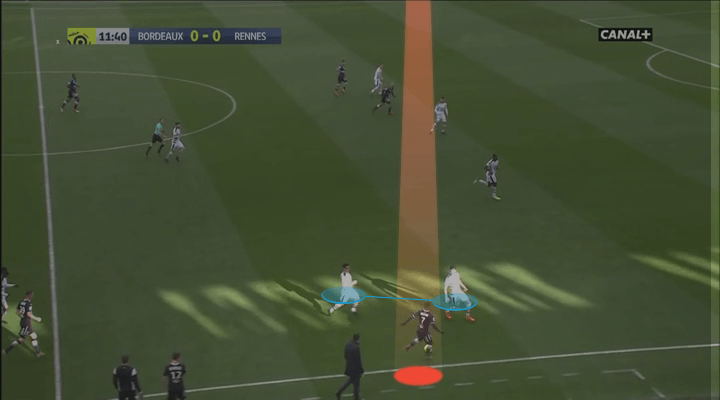 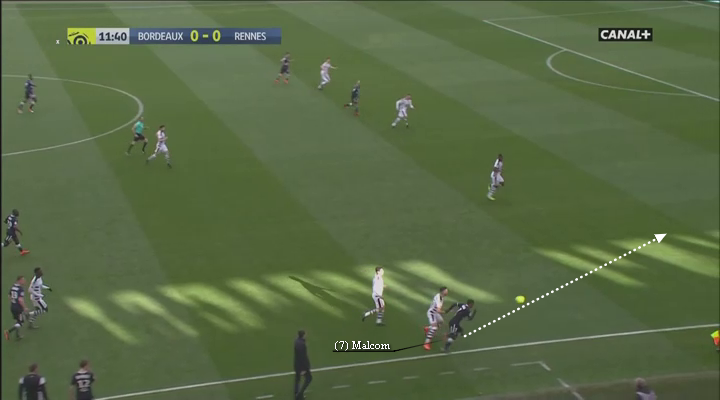 Malcom beats both men with a lovely piece of skill

Boasting immense lower body strength and a low centre of gravity, he’s extremely difficult to outmuscle in full flight too.
Although he sometimes gets overzealous in his attempts to whiz by his opponent, Malcom’s intent to generate promising attacking scenarios is really positive to see.
The speed at which he executes his actions here deserves special mention, something that further enhances his menace. This aspect especially comes to the fore when he undertakes his customary sharp cuts infield, where his marker will be awake to this but are powerless to stop him due to the swiftness of his action (much like Arjen Robben).
An overlooked compartment of game as to why he’s able to be so effective comes via his repeated blindside checks, with this crucially giving him the information he needs so he can protect the ball, control and turn in the one motion or release possession quickly with a first-time pass.

His aptitude at the aforementioned also ensures he’s an intelligent mover into exploitable spaces, as he’s always refreshing his view of his surroundings. Malcom subsequently picks out unoccupied zones both in front of and behind the opposing backline to utilise.

Under Jocelyn Gourvennec at Bourdeaux, Malcom showed how influential the overlord to isolate principle can be, thus letting him receive in 1v1 cases to do what he does best. 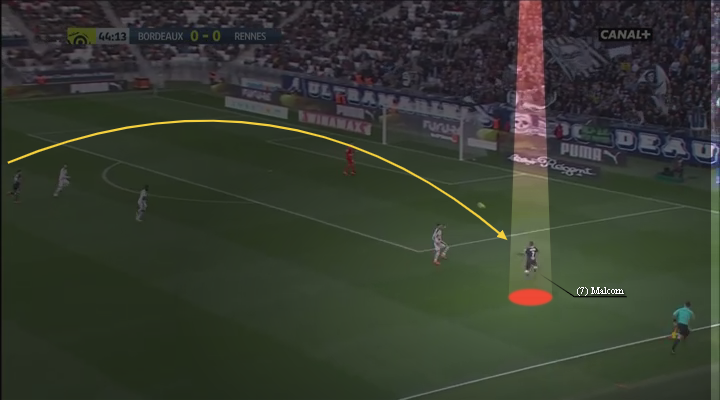 Very adept at using cues by a teammates’ movement to venture into another zone, he should adhere smoothly to Valverde’s implementation of rotations and his desire to fabricate numerical and positional superiorities to help bypass stopping setups. 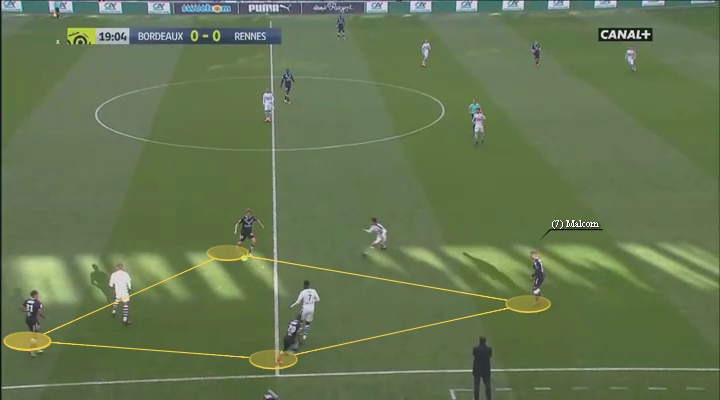 Malcom creates 4v3 to be the perfect free man

Further, by timing and angling his runs into depth, he effectively stretches defensive units to destabilize them to produce potentially damaging openings. 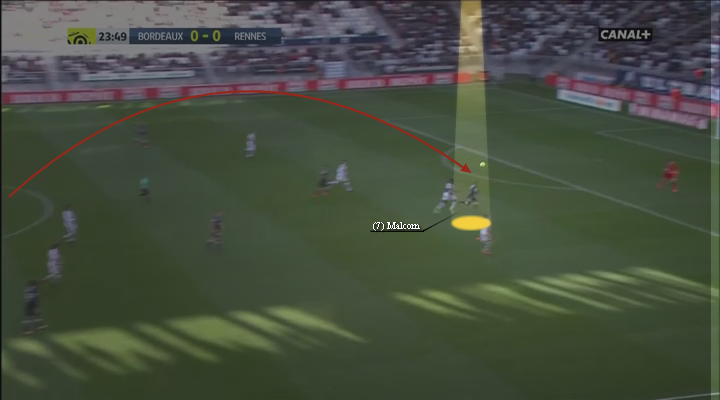 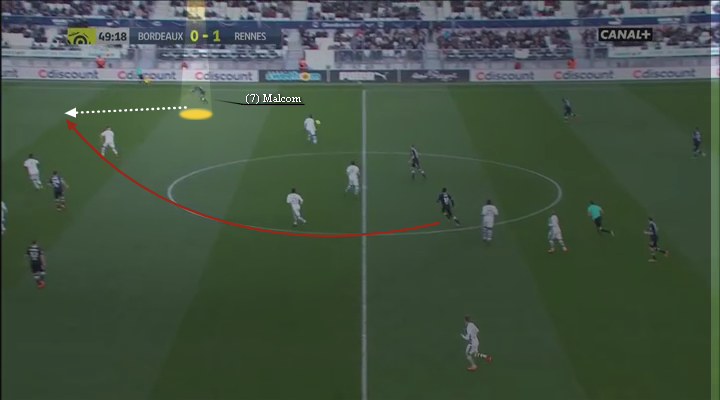 Malcom’s sharp run in behind 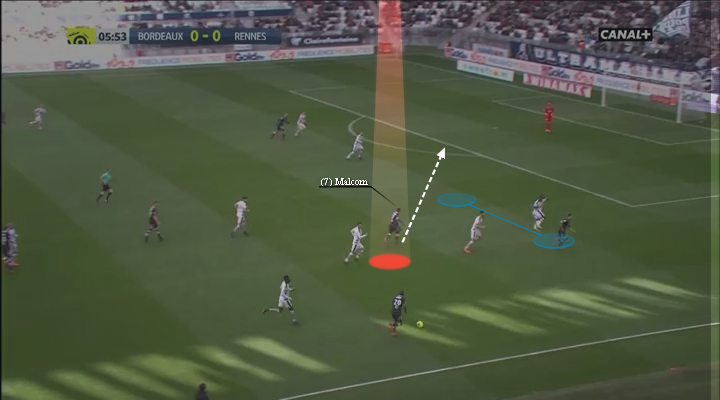 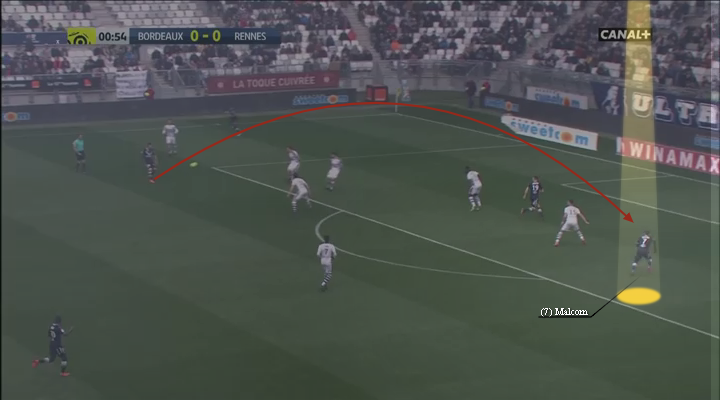 Moreover, his infield drifts into the nearby half space provides his fullback with a solid foundation to burst upfield. 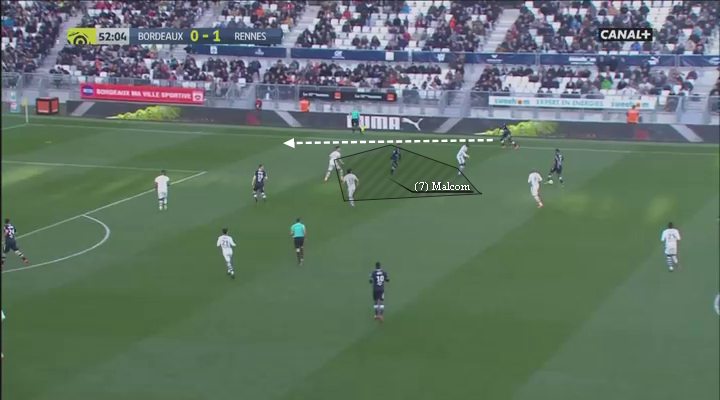 In terms of his passing, Malcom’s displayed a sound range of passing over varying distances, allowing him to partake in intricate link play in confined spaces, break the lines with incision, play cautious passes for recirculation purposes, hit raking cross field diagonals or hit accurate crosses and cutbacks. 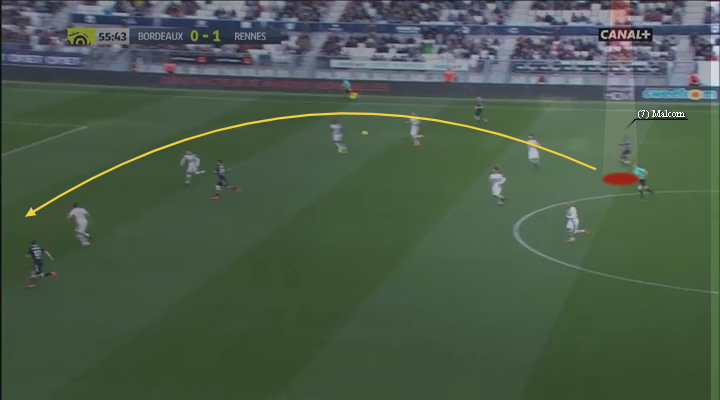 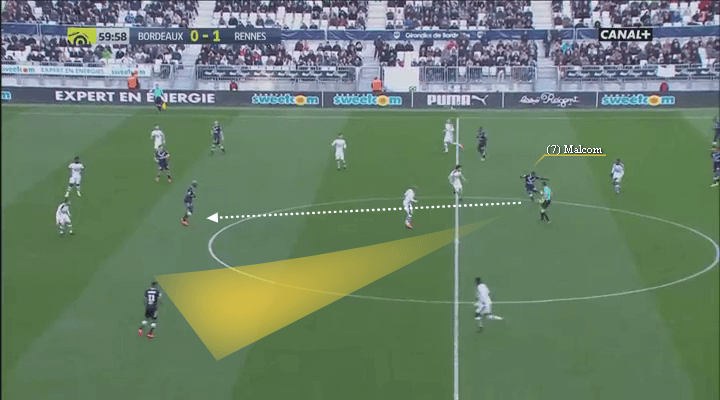 Barcelona fans will be in for a treat when witnessing some of his sublime flicks, backheels and layoffs too, that can be pivotal in unlocking staunch rearguards.

Lastly, his exceptional ball striking technique will give Barca another asset when shooting from range, striking set pieces, corners and any dead ball situations, with this set to produce many highlights for the Nou Camp faithful.

By the numbers, the scorer of 12 goals and provider of seven assist stacked up smartly too, for he completed 6.1 dribbles per 90, unleashed 2.24 p90, enjoyed 3.41 progressive runs p90, laid on 2.3 shot assists p90 and fulfilled 6.25 passes into the final third and into the box.

One of Malcom’s most influential coaches and former boss at Bourdeaux, Gourvennec, offered an interesting insight into his views of the special Brazilian, saying: “It’s important to feel at ease when you’re a creative player like him. He makes the right decisions, it’s really positive for us to have a lad like him around. He’s always joyful, vibrant and full of energy, you can see it on a daily basis.”

While it’ll inherently take some time for him to get up to speed, the explosive, quicksilver attacker, who’s already so talented, looks set to be the latest summer signing to be a hit in the Catalan capital.

Barcelona’s summer transfers have been splendid! They sure want to get a Champions Title this season! Back Barca up or other favourites when betting with Eastbridge Skype betting placement! Try VOdds and expereince their 2000 pre-game and in-running events weekly!