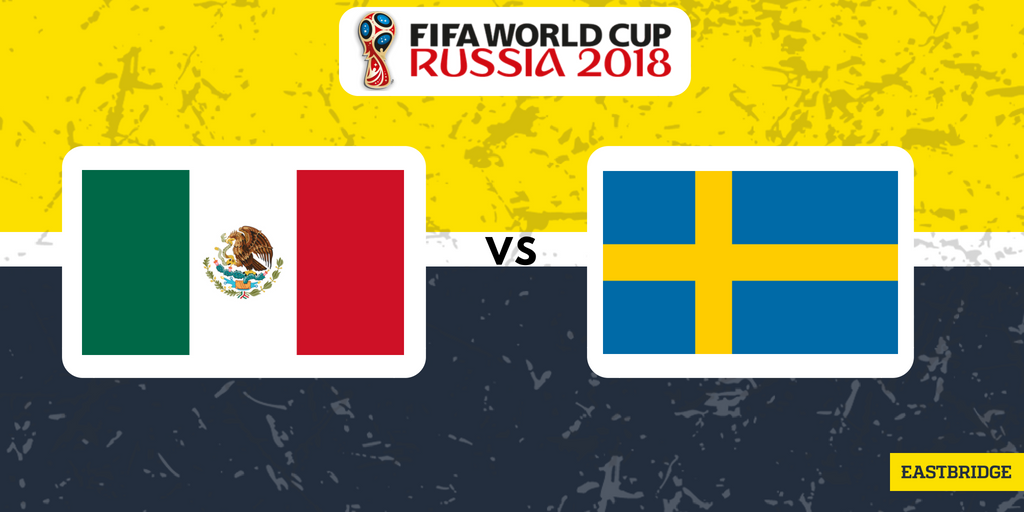 Mexico and Sweden is expected to start on a heated gameplay as both teams strive to qualify onwards the Group F preceding knockout rounds. This will be the second time El Tri and Blue Yellows rival for a secure spot on group stages, after their first encounter in 1958 when Sweden won with a 3-0 full-time score. Six decades later and now they’re back to face off again at Ekaterinburg, Russia–we’re here to see if both teams will set the records straight this time around.

-Mexico landed a secure spot in the knockout stages with a 2-1 win over South Korea.

-Sweden earned a penalty during their match against Germany with Boateng’s barged on Marcus Berg before a possible goal.

Mexico’s last 6 matches records 3-W, 2-L and 1-D are stronger than Sweden’s 3-L, 1-W and 2-D.  Between the two, El Tri holds a superior position in the game, but of no guarantees. We can say the same with Sweden, as their opening FIFA match victory over Korea didn’t pan out on their following match with Germany when Toni Kroos executed a last-minute goal.

For Mexico, a win over Sweden will create an outstanding record in FIFA of perfect consecutive wins on a group stage matches. For Sweden, they will take on a tough challenge defeating El Tri to move forward to the Group F’s final fixture. These cater for varied yet first-rate Asian Handicap outcomes that are great to go with furthermore insights about both teams.

We’d expect Hernandez to exert solid strikes for the team, after all, he’s the country’s top goal scorer who is on the lookout to build an evasive defense and counter-attacks on the field. It is more likely that Coach Osorio set Javier on making fewer passes and more strikes in order to drive the team on a possible win against Sweden.

The 26-year-old star midfielder is expected to lead the team for his notable passing skills, strong defense, and agile running feats. If coach James Anderson strives to rain down Mexico’s score by not overdoing the defense and instead focus on subtle passes and strategic goal scores, Forsberg is the right man for it. Sweden will rely on Forsberg as he’ll be on the spotlight to showcase Blue Yellows’ goal to prolong their World Cup campaign.

Coach Carlos Osorio will likely deploy El Tri on a 4-2-3-1 formation, to fully expose defenders in a savvy action along forwards. Mexico is expected to move on an open field play, assigning three men on the defense, making less space but evasive field movement.

Coach Janne Andersson will assign the Scandinavians on a 4-4-2 formation, and may possibly apply the same XI that defeated Germany with 2-1. The 24-man squad is expected to play on a deep yet deceptive defend strategy on the field.

Mexico will aim to finish the Group F fixture with a victory, but may also likely to settle with a draw. Sweden may notch only one goal. We can say The Blue Yellows may score a goal in the game’s first 45 minutes, while we can foresee Mexico scoring a little earlier than that. Mexico will hugely rely on Hernandez but should also keep Lozano on the side, while Sweden can destroy El Tri’s stronghold should they form front midfielder Granqvist with Forsberg.

Got a pick between Mexico and Sweden? Take a bet on it and experience our exceptional sports betting brokerage by getting the best prices for your selected odds and bets! You can go ahead place your bets directly through a football trading platform, VOdds.