Having been compared to both Thierry Henry and Federico Macheda, Anthony Martial’s future career has a broad spectrum on which to fit. Scoring three Premier League goals in less than a game and a half suggests the former more than the latter, but a few different strokes of luck could have brought a much different start.

Martial’s record of getting 75% of his shots on target goal in the Premier League is certainly not going to last, nor is his rate of converting all of that 75% into goals. In his last two season at Monaco, his percentage of shots that were on target was 45.1 (2014-15) and 46.2 (2013-14), which may give some idea of where he will drop down to. These are fairly good percentages, though his raw number of shots taken (around 2.5 per 90 minutes both league seasons at Monaco, and 3.1 p90 at United) are not particularly stand-out for a striker. Deferring to the wisdom of the football stats site Statsbomb though, via a tweet, he is “super young, excellent output. Can play wing or central. He’s very good.”

It’s difficult, of course, to tell for certain just how good he will become at this young age. He has exhibited, in the short time that he was been in England, a slight tendency to drift out to the wings which can, on occasions, take him to a quiet periphery of the match.

He is also surprisingly capable physically for a 19 year-old, not just in terms of raw strength, but in how to use it. Against Southampton, he won seven aerial duels, which is a lot, considering he was up against central defenders several inches taller, and several years more experienced, than him.

Martial’s painfully annoying (for defenders) movement doesn’t just stop at moving out to the wings. Though this could be partly a feature of the flame of youthful exuberance which will find itself dowsed by the waters of aging, he is often looking for a run in behind defences which, even when the pass isn’t made, succeeds in distracting and stretching the opposition.

This involves dropping into spaces, as he did for his only unsuccessful Premier League shot to date (against Southampton in the first half), and also pulling defenders to create space for others, as seen in the moment below which is possibly even as promising a feature as his goals so far. 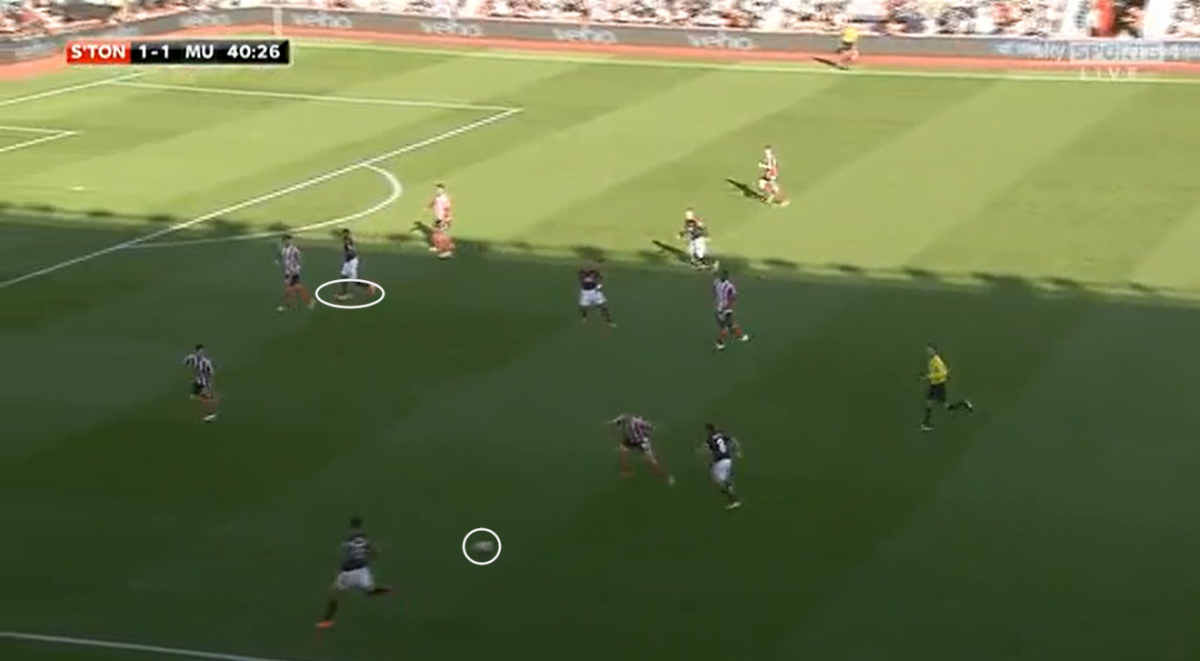 1) Martial (circled in white, as is the ball) is on the shoulder of Fonte as the ball is switched to United’s left flank 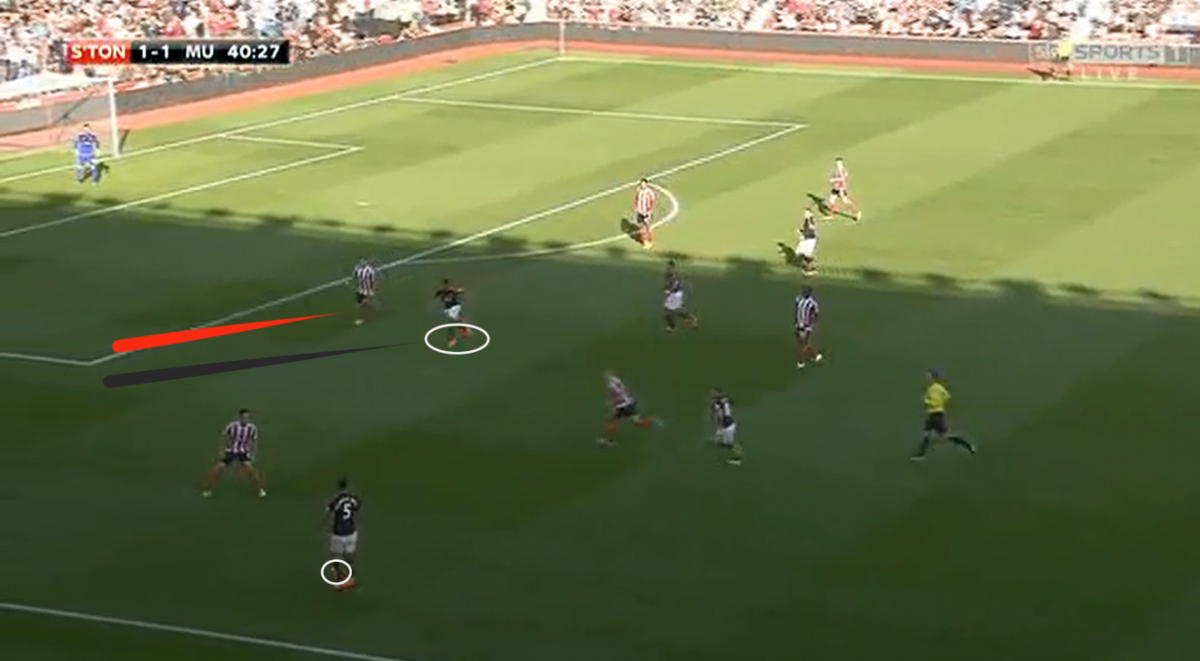 2) Martial starts to make a run behind the full-back (grey line), which Fonte starts to follow (red line) 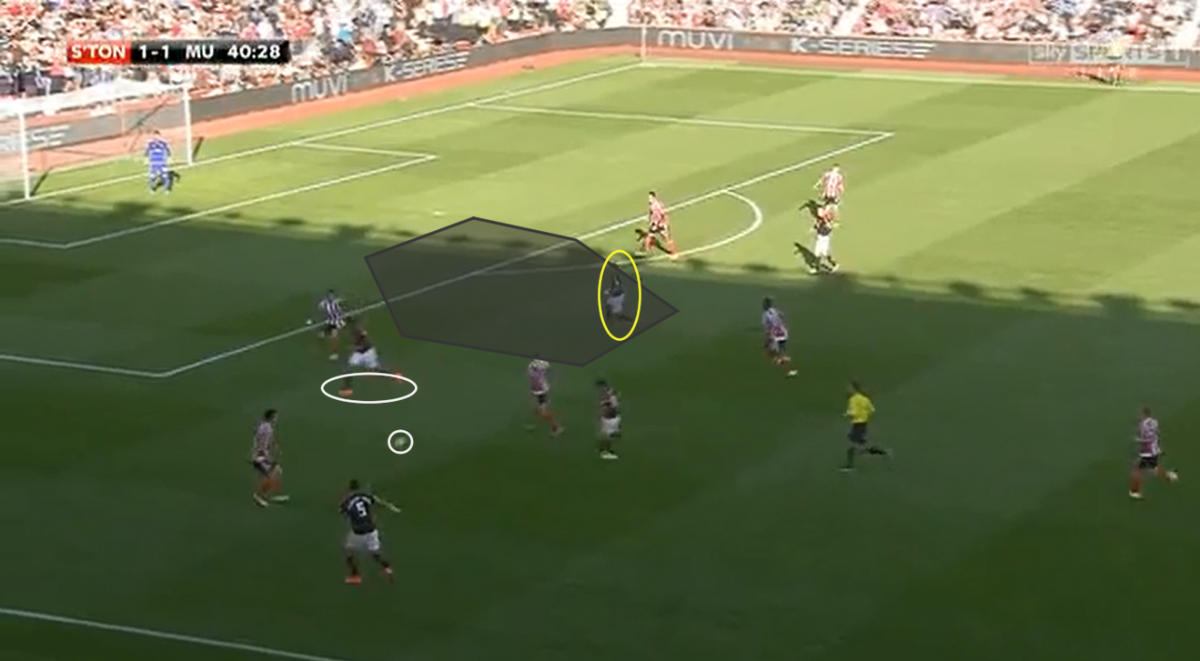 3) This creates a nice pocket of space for Memphis (circled in yellow, the space outlined in grey), who he seemed to link up with well that match. Memphis doesn’t make the most of it, but that’s not Martial’s fault.

In his very short time at United, Martial has shown that he is certainly not a glorified Macheda. He may not be the next Henry. But who cares, he’s Anthony Martial.