We begin the International break with an Asian Handicap betting preview for the friendly between Germany and Finland. The match takes place at Borussia Park in Monchengladbach as the sides begin their preparations for World Cup 2018 qualifying.

Die Mannschaft come into the match as 1.19 favourites but have struggled against the Fins in the past. The two sides have faced each other 8 times drawing on 5 occasions. Germany won the other 3, but the last four meetings have ended in draws.

The hosts also struggle when it comes to friendlies. Their recent record reads 4 wins from 5 and 3 wins from their last 10 on home soil. They are however unbeaten in 6 of their last 7 matches, winning 4 of those.

Their last defeat came in the semi finals of the European Championships, knocked out by hosts France. That would have been a disappointment having won the World Cup two years earlier, but the side was missing some key senior players.

With the retirement of some of the World Cup winning squad, Low has had the chance to take a look at some new players. Max Meyer, Julian Brandt and Niklas Sule should all feature this evening.

Those players won’t be in the squad to face Norway at the weekend however. Another notable absentee from the World Cup 2018 qualifying campaign will be Bastian Schweinsteiger. Tonight’s match against Finland will be the German captains last after 121 appearances for the national side. 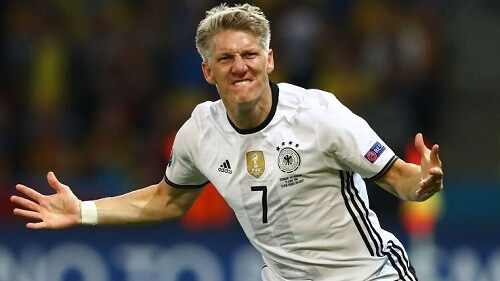 Finland will be hoping for a betting qualifying campaign than for Euro 2016. They finished fourth in a very weak group which included Northern Ireland, winning just 3 of their 10 matches.

The visitors may look an attractive option +2 on the Asian Handicap betting market having drawn their last 4 against Germany. However, their recent form deters me from backing them.

Hans Backe’s side are on run of 4 losses from their last 5 including a 5-0 thrashing from Poland in March. Last time out they were defeated by Italy 2-0 and have now scored one goal in their last 5 matches.

Recent matches between these two have always been competitive, however, Germany are in a different class. Although the team will include some fresh young talent, Low still has the likes of Neuer, Hummels, Ozil, Khedira and Muller to call upon.

With this being Schweinsteiger’s testimonial, it takes on more meaning for the hosts than other friendlies. I’m expecting them to cruise through this one and to cover their handicap. We should also be in for some goals and Over 3 offers some value at 1.86.

Prices correct at time of writing,