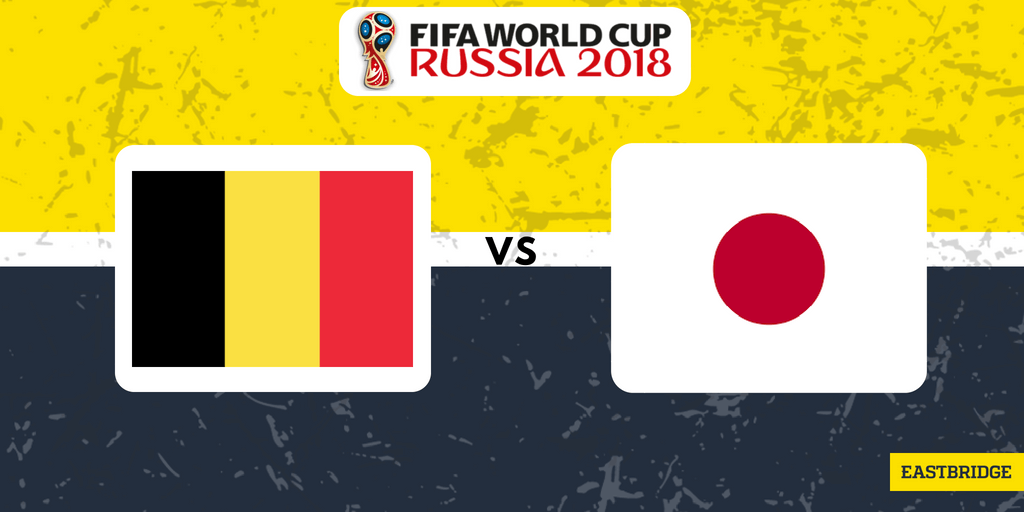 West meets East in this interesting battle for a coveted spot in the quarter-finals. Belgium kept it at a hundred percent in the group games and hit all nine points. While Japan impressed in opener against Colombia, their last match against Poland was not to everyone’s taste. Coach Akira Nishino decided his team should go for no risks, no yellow card, 4-1-4-1 defensive. “Let’s stay put, keep the status quo, and rely on the other match’s result” can be seen as a rife masterplan. But his squad somehow made it through and this stage tugs at their heartstrings. The Samurai Blue have never reached the final eight of the World Cup. This could be their time. Asian handicap tables see them as the lesser team and their opponents are also aiming for history. Belgium have their eyes on prevailing in this knockout. If they win, it will only be the second time they reach the quarter-finals since 1986.

Asia’s last representative in this playoffs is presented a taxing challenge. Belgium is guaranteed to play offensive, dynamic football against the Japanese and the latter must once again rely on cerebral Nishino to make game-changing, albeit shrewd, tactical decisions. Quality players like Lukaku and Hazard can create real danger and the madcap coach must address his side’s weaknesses fast. He handles a hardworking team and they’ve had a charmed passage, to put it plainly. But facing Belgium, errors such as the one made by Eiji Kawashima in the 2-2 draw against Senegal will now be fatal.

Martinez isn’t one to count chickens either. That win over England afforded them a harder route to the finals, but he is not looking too far ahead. His men are more than able to beat Japan come Monday night, but the manager is leaving no stone unturned. He said Group H runners-up are “footballers with great capacity” and “they can quickly get high up the pitch”. The Japanese will look to attack their sides and their defense must hold off attacks from Gaku Shibasaki and the others

Belgium:
Eden Hazard is hoping he can now shine in the World Cup with Messi and Ronaldo out of the picture. Belgium’s captain has a tight hold to the ball, is very strong in key passes, and has tendency to cut inside and play it long.

Kevin De Bruyne is Belgium’s “unsung World Cup hero”, as boss Roberto Martinez puts it. De Bruyne is the midfield artisan providing teammates with genius assists. He gets front players in advanced positions and is essential to the team’s swift press and defend.

Shinji Kagawa has Belgium in his sights after the team’s official Twitter account confused him for wrestler Shinsuke Nakamura. This box-to-box Borussia Dortmund midfielder is fleet-footed and is able to deftly split defenses. He is set to lead the attack for his team this time around and he’s hoping he can surprise the crowd in Russia. He has netted 31 goals in 94 appearances for country.

Belgium: 3-4-2-1
Seeing as Belgium is in a free-scoring run—Dries Mertens even joked about Belgium targeting 16 goals to win TVs, as electronics company Krefel offered Belgian customers refunds if they hit the figure— this offense-oriented variant of 3-4-3 will have several strikers on the line and wingers on the sidelines as support. It’s a surefire tactical weapon.

Japan: 4-4-2
This quintessential counter-attacking formation is perfect for Japan’s style of play. It has huge potential for intensive press and early transition. It’s also a very defensive set-up when used in its utmost effectivity. The adaptability of the system gives midfield strength and plenty of width. Fullbacks can drop in and create space for team to operate in.

Belgium v Japan: 2-0
Japan has been inspiring and all. But this could be the end of the line for the samurais. They will have to sheathe their swords and be grateful for the lucky ride. Belgium is just too strong a group. Tactical direction or no, they lack the attacking flair opponents abound with. The Red Devils are physically and mentally in form and are eager to be on the pitch. Over their camp, they believe they can win all remaining games. Japan’s weak at defending set-pieces and they might struggle for composure.

Place your bets for this last 16 encounter on Eastbridge sports brokerage via Skype. Contact us for further inquiries.

Don’t have an account yet? Create one with VOdds and get great bonus for last two weeks of World Cup. Sign up today!