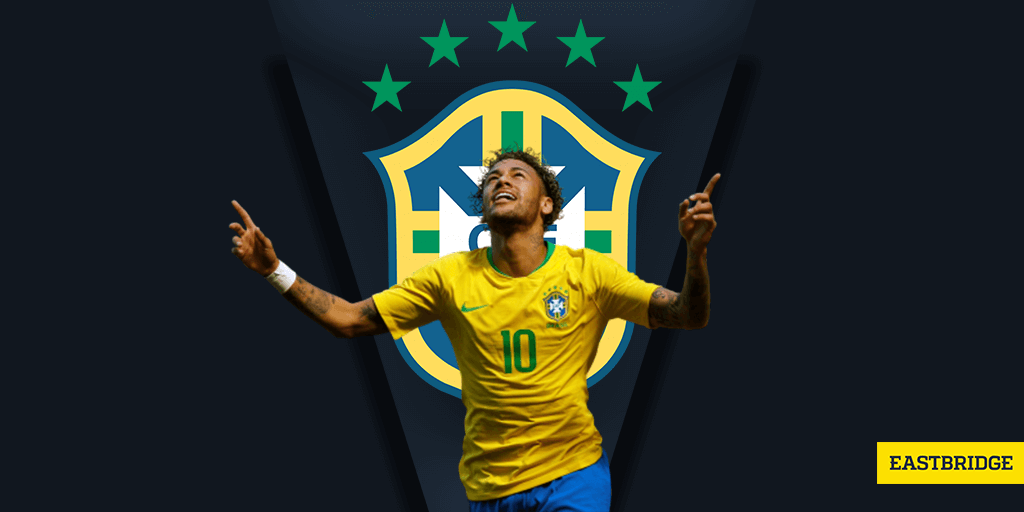 Neymar was born in Sao Paolo to Neymar Santos Senior and Nadine da Silva. Like most people in Brazil, he started playing football in the streets at an early age. He had a poverty-stricken upbringing and his father had to work three jobs to provide for the family. As Neymar Sr. once put it, “they didn’t come from zero, they came from negative five.” Neymar also played futsal as a kid and this had a massive influence in his football moves. Looking back, he said the game helped develop his ability to move in tight spaces and his speed of thought. His prodigious talent reached the scouts of famed club Peixe. In 2003, he started representing Portuguesa Santista and FC Santos in their youth academy. He made his senior team debut in 2009 and became a prolific striker for the squad. His run with the club saw him win the South American Footballer of the Year for two consecutive years and the Puskas Award.

– Strong set-piece play
– Lethal passes, accurate free-kicks and penalty kicks
– Likes to cut inside and do layoffs
– Able to swiftly accelerate/decelerate, and change direction
– Feints and creative technique
– Tendency to dive when tackled

Barcelona
FC Barcelona secured Neymar’s services in 2013 after a tug of war with fellow Spanish giants Real Madrid. The Brazilian was locked in at a transfer fee of $76 million. In his first season, he already impressed with a competitive goal in the 2013 Supercopa de Espana. During season 2014-2015, he hit 39 goals across all competitions and ten in the Champions League. With his hot scoring streak, he became part of La Liga’s fearsome MSN triumvirate (Messi, Suarez, Neymar). In 2015, Barca went on to achieve their second historic treble and Neymar came in third for the FIFA Ballon d’Or after Ronaldo and Messi.

PSG
Neymar’s move to Paris Saint-Germain and Ligue 1 sent shockwaves in the football scene. The French camp closed the deal at a mind-boggling figure of €222 million, on a contract that will last five years. This made Neymar the most expensive football player in history. He first played for the Les Rouge-et-Blue in an away victory against Guingamp in which he netted a goal and set up another. He again found himself in an attacking trio, this time with prodigy Kylian Mbappe and Uruguayan Edinson Cavani. He ended his first season in PSG with over 20 goals in 30 matches. In February of this year, he underwent surgery for his fractured metatarsal bone.

Selecao and World Cup
A month ahead of World Cup 2018, Neymar was named in Coach Tite’s final 23-man squad for Russia. The PSG star made his competitive comeback with a sharp goal against Croatia (international friendlies). There was much talk of how he will lead Brazil to their sixth World Cup title. But the team failed to impress in their opener, only managing to get a draw from Switzerland. In the following group game against Costa Rica, Neymar scored the second goal in injury time. He broke down in tears after their 2-0 win and some were quick to say that the striker is already cracking under pressure. For the last group match, Brazil were up against Serbia. Neymar’s low drive were kept out by goalkeeper Vladimir Stojkovic, but his left-wing corner helped Thiago Silva’s header in the 68th minute. Brazil headed to the last-16 as group winners.

To book their quarter-finals berth, Brazil had to topple Mexico last Tuesday at Samara. They were driven opponents and they displayed stern resistance against the Selecao. But Neymar was able to break them down. He provided the lead for his team after a cross from Willian. This may only be his second goal of the tournament, but he creates plenty of chances for his teammates. In the end, he helped set up Firminho for the goal that sealed Brazil’s spot to the next round. Mexico had a promising start to the playoffs, but they couldn’t find a way to shut off Neymar. The guy had his usual injury antics (which earned him hilarious memes and much trolling online). But one thing became clear in that game against the El Tri. If anyone can propel Brazil to the finals, it will be Neymar.

It’s going to be Brazil v Belgium for the second quarter-finals game on Friday. What will Neymar do next? Asian handicap lines reckon the Selecao are at a disadvantage.

Contact us through Skype or visit VOdds and place your World Cup quarter-final picks!