The Republic of Ireland travel to Belgrade this evening to face Serbia in their opening World Cup 2018 qualifier. Red Star Stadium is the venue and despite an ageing squad, Martin O’Neill’s men offer some value on the Asian Handicap betting market.

Ireland had the oldest squad at this years European Championships. There aren’t too many changes to the Irish squad we saw in France this Summer which made the last 16. Robbie Keane is no longer available after an 18 year international career though. He signed off from the national side having scored an impressive 68 goals for his country. 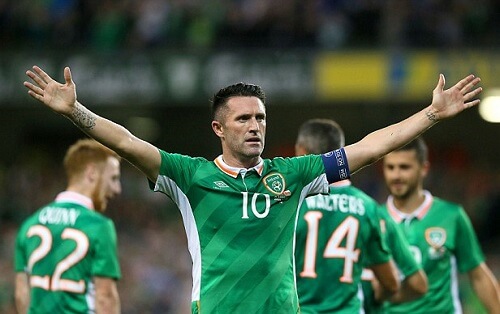 With a largely unchanged squad, O’Neill will look to hit the ground running. He has stressed the importance of picking up points on the road in qualifying. It’s imperative to get off to a good start in what is a very tough group. Austria, Wales and Serbia will all prove tough opponents and along with Ireland, are all vying for one automatic qualifying place.

The Green Army’s manager has hinted he wants something from this game. O’Neill won’t go into the game settling for a draw, but it will be a positive result for Ireland.

The visitors are not at full strength, with James McCarthy injured and Shane Duffy serving a ban. There are also question marks over Seamus Coleman’s fitness. Ireland have competent and experienced replacements however.

In contrast, Serbia have a young squad. They haven’t made a tournament finals since the World Cup in 2010 but things are looking positive.

Serbia won the U20 world cup in 2015 and new manager Slavoljub Muslin has introduced some members of that side into his squad for Monday’s match. Muslin has picked a squad which includes 11 players that are 23 or under. Ireland have just two.

The hosts come into this match as 2.02 favourties which in my opinion is short. Being at home is a big advantage but the potential of their squad is still somewhat unknown. They will improve over the next couple of years but whether this squad can make it out of a tough group remains to be seen.

It will be a close match with chances at a premium. The defences could come out on top here and the prices suggest it will be a low scoring encounter.

With Serbia being chalked up as short as they are, backing Ireland on the Asian Handicap betting market offers some value. With +0.5 goal advantage, the visitors can earn themselves a point and us some profit.

Prices correct at time of writing,