When highly coveted Croatian wonderkid Ante Coric joined AS Roma in the summer for €6 Million, there was huge excitement surrounding the capture of the gifted youngster.

The fact he was Roma’s first summer signing and was reportedly hunted by many of Europe’s elite clubs only added to the expectations that he’d come in and make a real impact. In addition, his vast top-level experience, which had seen him play 143 times for Dinamo Zagreb and feature four times for the national team, gave hope that he’d be ready to hit the ground running.

The acquisition many thought would be a masterstroke from the then sporting director, Monchi, unfortunately, hasn’t kicked on as hoped. Through a combination of injury, lack of opportunities and the fierce competition for places in Roma’s midfield, the 22-year-old’s really struggled to get a look in under the now departed Eusebio Di Francesco or newly installed manager Claudio Ranieri.

Having made just three appearances coming off the bench totalling just 48 minutes of action, Coric’s endured a frustrating start to life at Roma, as he’s not fully been trusted or given a chance in his new environment. Considering his predicament, it was strange that the man who signed a five-year deal wasn’t even sent out on loan in January to gain some valuable first-team minutes in Serie A or elsewhere.

Get to know: Napoli’s Arkadiusz Milik.

Needing a boost of confidence and to feel wanted, a loan would’ve been terrific just to get him some minutes, as he’s a wonderful prospect who could’ve used this time to recapture some form.

Especially eye-catching on the attacking end, he’s a fantastic technician, as his work with the ball at his feet is at an extremely high level. Possessing razor sharp ball control and a slick first touch, this gives him the platform to execute his actions efficiently. His aptitude in the aforementioned serves him nicely when he’s dribbling too, for he controls the ball cleanly at speed, can beat his man with a neat piece of skill like a stepover, feint or shimmie and get the better of markers with his wicked acceleration.

So comfortable on the ball, this also means he can successfully provoke pressing actions to free up a teammate upfield or open passing lanes.

An inventive passer who has a terrific range, he’s competent at constructing, connecting and animating his team’s attacking moves. Full of imagination and always alert to his teammates’ movement, he hits precise through balls, switches the angle of attacks effortlessly, links play intricately in close quarters and hits some penetrative line breaking vertical passes. 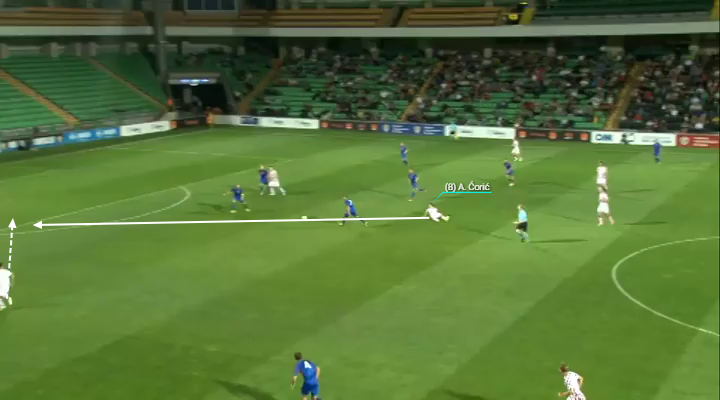 Tying everything together with his movement, he takes up excellent positions to provide an outlet to progress attacks. Reading the play smoothly, he times his movements wonderfully to get in to unoccupied zones to receive. Be it in his team’s build up forays, in transition, in central attacking areas between the lines of the opposition’s midfield and defence, in behind the defence or in the half spaces, he’s a very elusive proposition to keep tabs on. 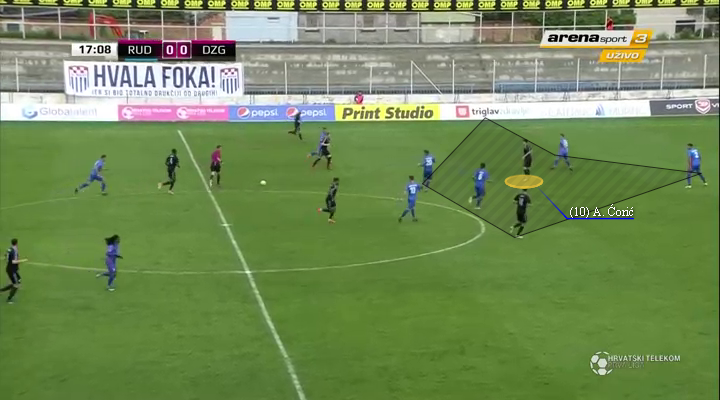 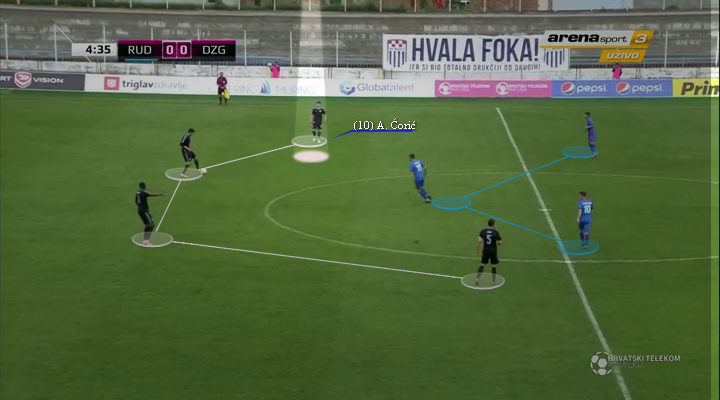 Being so assured under pressure, when parlaying his movement and how he scans his surroundings so he recognises where vacant openings are present, this makes the diminutive midfielder a really successful asset. Disappointingly, he just hasn’t had the chance to demonstrate these endearing characteristics in the capital.

Upon looking into his statistics from last season, and these illustrate what a valuable operator he is, for he completed 2.39 dribbles per game, 2.39 shots pg, 2.39 shot assists pg, 2.65 touches in the box pg, embarked on 2.2 progressive runs pg and hit around five successful passes into the final third pg.

Looking ahead to next season, surely the decision will be made to either integrate him into the first-team or send him out on loan to avoid another wasted season. Still so young and with so much scope for improvement, a move to a club like Bologna, Cagliari, SPAL, Parma, Sassuolo, Genoa or Udinese would surely be a good option to explore.

Obviously, all this will be dependent on who the new Giallorossi manager will be, but judging on his unsatisfactory first year in Rome a move away would appear the best choice to make for all parties at this juncture.

Support Ante Coric together with AS Roma’s European hopes when placing your football selections at Eastbridge’s Skype Betting service or through VOdds.