When Andriy Yarmolenko joined West Ham in the summer of 2018 for a hefty £17.5 million from Borussia Dortmund, much was expected that the skillful winger would come in and have a real impact.

Unfortunately this wasn’t to be for the mercurial Ukrainian, for he suffered a devastating achilles tear against Tottenham Hotspur that keep him on the sidelines for the best part of a year.

Now back and fully recovered, his return to fitness has been a huge bonus for the Hammers, with him demonstrating his class on many occasions this term. Proving what a tricky customer to come up against he can be, Yarmolenko’s registered three vital goals against Norwich City, Bournemouth and in their stirring triumph over Manchester United.

Having started seven of the last eight games for Manuel Pellegrini’s men, his tremendous form has been a massive positive in West Ham’s strong start to the season, as they currently are joint seventh in the standings.

A technical master who’s so good with the ball at his feet, this aspect of his game forms a strong platform for him to be such a weapon. Relishing every chance he gets to take on his marker 1v1, the former Dynamo Kyiv star’s trickery and ingenuity ensure he regular gets the better of opponents. Using his vast repertoire of maneuvers that includes stepovers, shoulder drops, feints, nutmegs and rapid changes of direction to cut infield or go around his man, defenders often struggle to combat him. The fact he possesses such close ball control is another asset, for this can make defenders wary about diving in as he can quickly beat them if they overcommit.

Courtesy of his prowess here, there’s been many occasions where he’s strategically drawn one or multiple markers out of shape to create room or open passing lanes for colleagues.

To make matters worse for his foes, the imposing 189 cm winger puts his usual size advantage over his fullback to good use by outmuscling them, riding challenges and to fend them off to protect the ball.

While the press resistant Ukrainian’s dribbling is arguably his finest asset, his distribution is still a key feature of his play. Blessed with a wand of a left foot but also competent on his opposite foot, he’s passed the ball with incision and creativity. Be it launching precise switches of play, combining intricately with some crisp lay offs and flicks, playing penetrative line breaking passes, delivering accurate crosses and cutbacks or striking some splitting through balls, he’s been quite the threat. 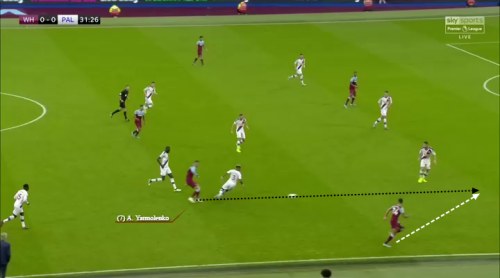 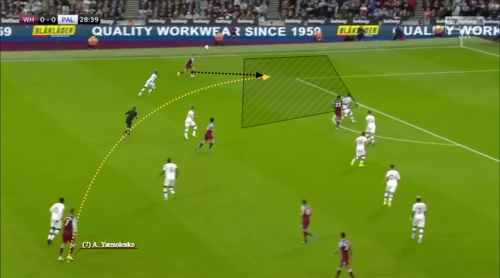 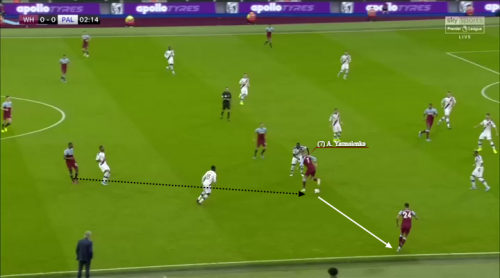 Confident and a player who backs himself to execute both simpler and more expansive passes, the way he can disguise his passes, shrewdly spot his colleagues and produce moments of magic to unlock backlines is a key string to his bow.

Meanwhile, in terms of his movement, this has been another vital element towards his success. Multifaceted and able to hurt his foes in so many ways, he’s slickly complemented and worked together with the likes of Sebastien Haller, Manuel Lanzini and Felipe Anderson to put pressure on opposition backlines.

Mixing things up with his shrewd variations, Yarmolenko can impact proceedings when receiving out wide (where he can be isolated vs. his marker), in between the lines or in the half spaces (where he can enjoy a whole field of view). Moreover, his movement inside the box and in behind warrants mention, for he takes advantage of the gaps between defenders, the blindside of opponents and how he can draw or pin defenders to create space for others. 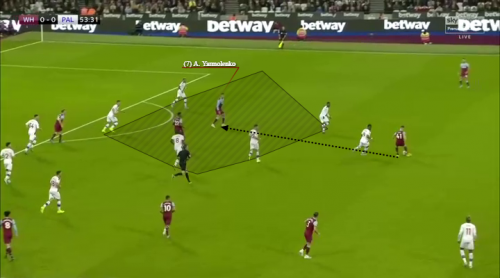 Andriy’s Great positioning between the lines 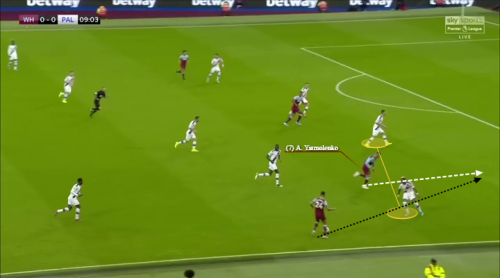 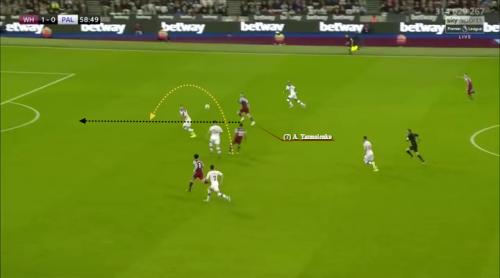 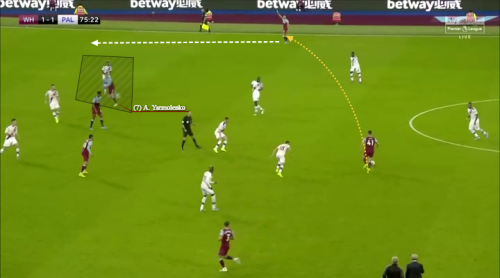 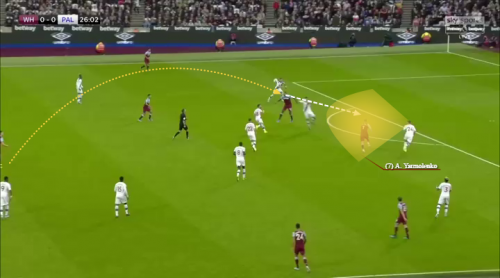 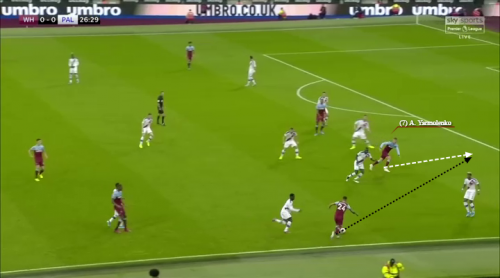 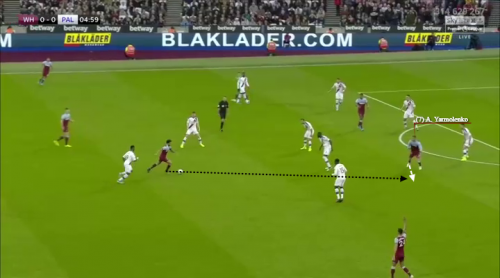 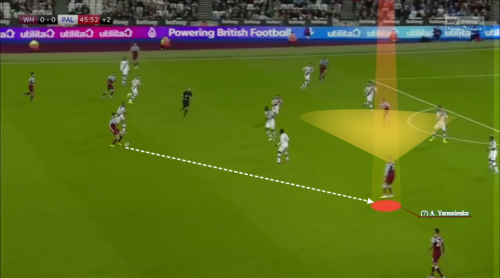 Attacking spaces with conviction and using his aptitude here to give the Hammers an extra dimension in the final third, his work here has been a key highlight.

West Ham manager, Pellegrini, has been very pleased with the output of his gifted maestro. “He was very unlucky last season but he returned working very hard. I’m very happy with his performances as he’s not only scoring, he doesn’t lose any ball during the game and he always works very hard,” he gleamed.

Although the challenge will now be sustaining his sterling form and keeping fit, if he can do precisely this, there’s no reason to suggest he can’t show why he’s one of the most talented attacking players in the division.