Joining Real Madrid for a whopping €60 million transfer fee from Eintracht Frankfurt, Luka Jovic couldn’t hide his delight at the move when speaking on his arrival by explaining: “Now I’m the happiest kid in the world having signed a contract with the biggest club.”

Developing into one of the most lethal marksmen in European football, the Serbian starlet’s proven this assertively throughout his last two terms in Frankfurt by registering 37 goals and nine assists in all competitions. Really coming into his own last season, the 21-year-old was especially brilliant with 17 Bundesliga goals and 10 Europa League strikes. Playing an instrumental role in the Eagles finishing seventh in the league and reaching the Europa League semi-finals, where they narrowly went out to eventual winners Chelsea, his impact was unmistakable.

A deadly finisher, he’s capable of finding the back of the net in a variety of ways. Whether it be with his left foot, right foot, headers, in 1v1s with the goalkeeper, from the penalty spot or with an acrobatic finish, he’s got a finish to match just about any situation.

The fact he’s so instinctive with his movement inside the box, this has seen Jovic maximise his superb finishing skills by ensuring he’s ideally positioned to score. A master at holding back his runs inside the box, this crucially generates vital separation so he can get his shots off as the defence collapses towards the goal mouth. His teammates at Frankfurt always remained awake to this and duly tailored their crosses and cutbacks for him. 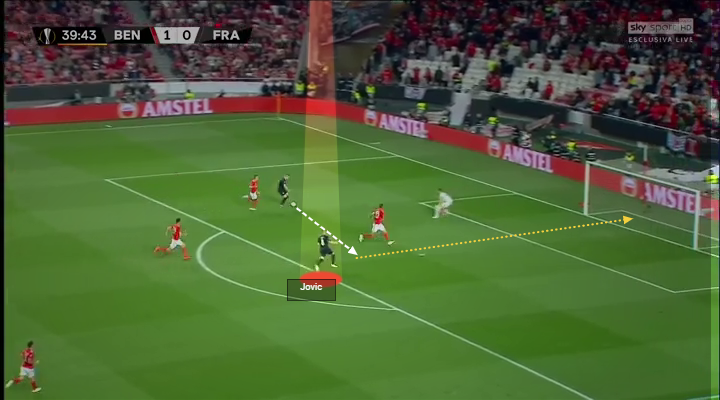 The former Red Star Belgrade and Benfica youngster also wreaks havoc with his smart runs into the box, as he targets the gaps within the opposition backline to surge in behind unimpeded. So quick to recognise when a teammate is in position to find him, the pacey forward instigates his runs perfectly to give himself every chance of latching onto through balls. 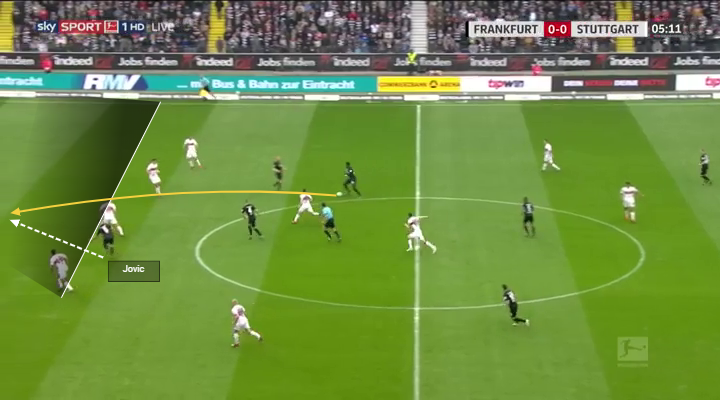 Luka Jovic superbly timed and directed run in behind

Targeting the blindside of his markers effectively, this only compounds issues for defenders, as he gives himself the upper hand due to his adversaries’ awkward body shape towards the ball. Using this tactic beautifully to ghost in at the back post with diagonal runs or to arrive ideally to latch onto cutbacks, this has been a real feature of his play. 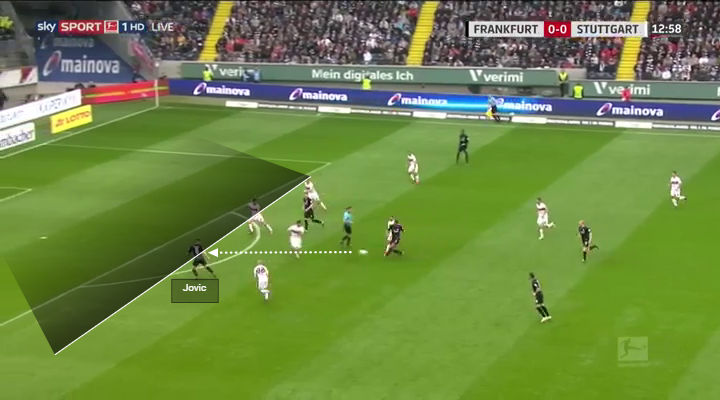 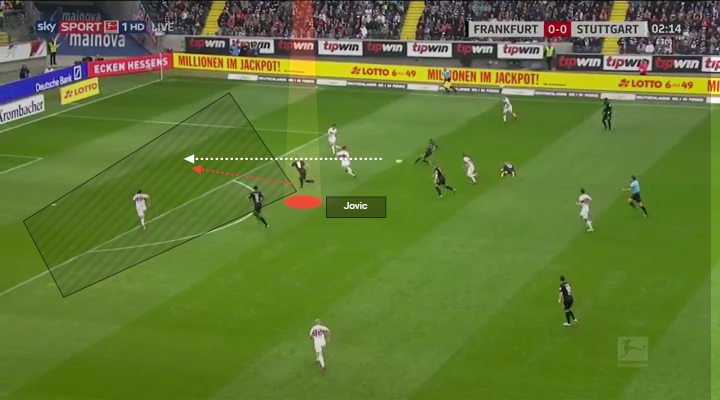 Moreover, the way he performs smoothly executed interchanges with his fellow attackers further amplifies his effectiveness, for he and the likes of Ante Rebic and Sebastian Haller persistently disrupted backlines to create space for each other with their rotations. 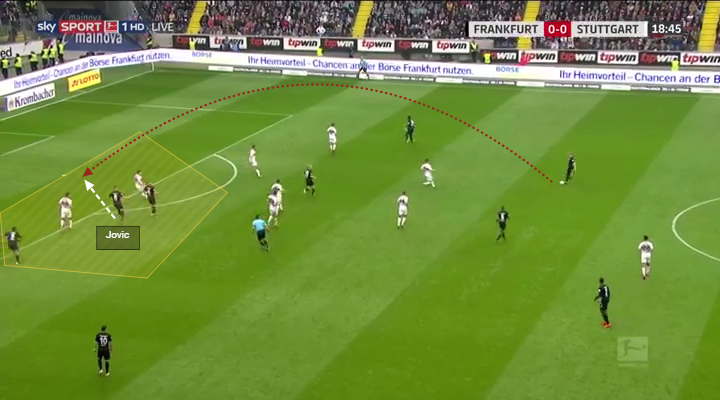 Luka Jovic generating a 3v2 plus angling his run perfectly

Very adept at dropping deep to link play too, he uses his strength and sound technique to hold the ball up cleanly with his back to goal while he waited for a viable option. Boasting a low centre of gravity and notable upper and lower body strength, the well-balanced attacker’s always a tough man to outmuscle for most defenders. Picking his moments when to check towards the ball, he’s very proficient at finding space between the lines or to manufacture a numerical superiority. 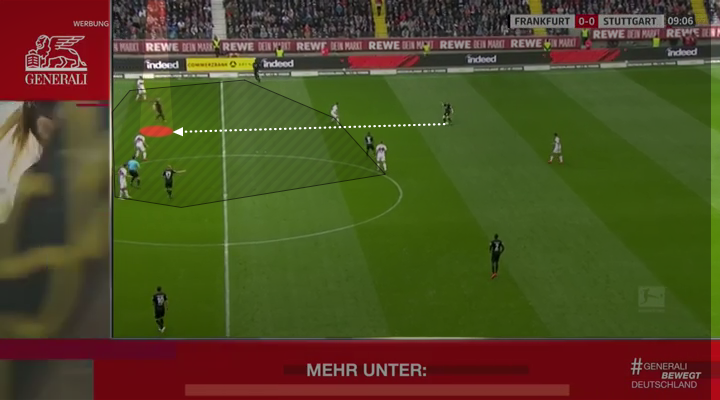 Although his ball handling and passing skills in close quarters weren’t put to the test as much as they will be at Real Madrid, he still showed how competent he is in these areas. Connecting play crisply and useful at setting up teammates, plus weaving out of danger using some wicked turns and touches, he displayed he can handle confined, high pressure scenarios.

Meanwhile, in counter attacking situations he relished every chance he got to use his acceleration and power to drive upfield against unset, retreating defences.

Economical and a player who doesn’t need too many touches to stamp his mark, his progression at Frankfurt has been remarkable, as working under Niko Kovac and particularly Adi Hutter has taken his game to the next level.

Former Frankfurt hero and teammate Alexander Meier’s comments to The Guardian on the hotshot offer a glowing testament to what a talent he is. “He is the best finisher I ever played with. He has everything,” he gleamed.

“Heading, shooting, left foot, right foot. Inside the box he knows exactly where the ball will fall down. He was so young but already so cool and confident; you could tell he would score many times.”

Although it won’t be easy for him to replicate his Frankfurt form at Real Madrid, there’s no doubting he has what it takes to be a success in the Spanish capital and repay Madrid’s faith in him emphatically.

For more analyses, highlights, features, match previews and more, visit Eastbridge’s страница идей and get the latest on sports.