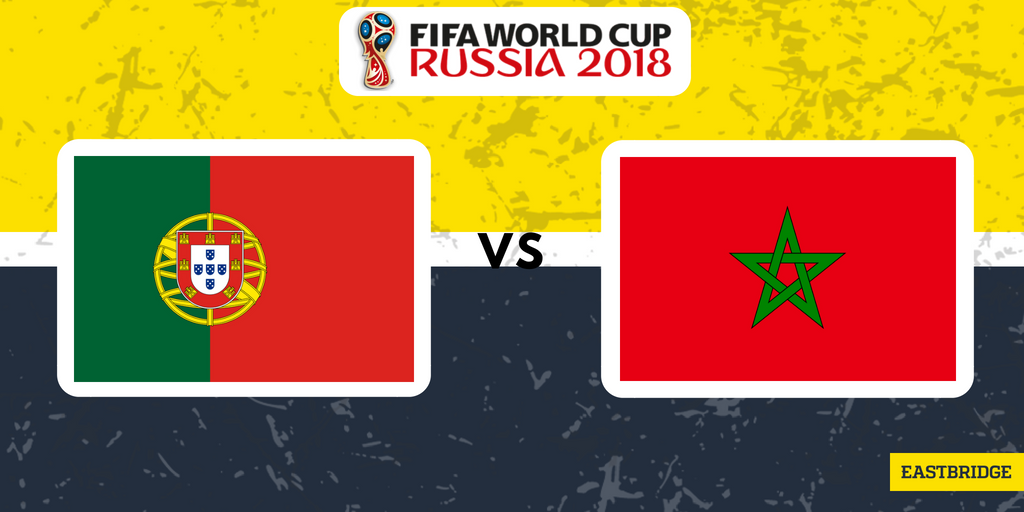 The year was 1986. The FIFA World Cup was on its 13th edition and Argentina claimed the trophy thanks to Diego Maradona’s highly controversial “Hand of God” goal versus England. In the games leading up to that historic final, two countries—Portugal and Morocco—came face-to-face in the Group F stages at Estadio Tres de Marzo. That match ended at 3-1 in favor of the latter.

In 2016, Portugal burst into the scene when it topped the Euro 2016 championships. Morocco is back in the World Cup after two decades when they made it through the qualifiers. Fast forward to 2018 and these teams are about to meet again in Moscow, Russia.

– Cristiano delivers an explosive hat-trick in match against Spain that ended at 3-3 draw.
– Iran defeats Morocco after substitute Aziz Bouhaddouz nets own goal on Friday’s Group B opener.
– King Mohammed VI of Morocco has already ordered the bid to host the 2030 FIFA World Cup after they missed their shot in the 2026 edition.
– MLS veteran referee Mark Geiger has been selected to officiate the Portugal v Morocco match along with three assistant referees.

Portugal got a great start in their campaign and many will think they have this match under control. But the hype can cause us to see past the records. The Lions of the Atlas notched four wins in last six international matches, their particular loss being Friday’s match against Iran. Portugal has only raked in two wins, three drab draws, and one loss. Even Andre de Silva has stated that his team must be wary of Morocco in their second Group B attempt. After Bouhaddouz’s blunder, Morocco will consider nothing other than a win here to revive their bid. This presents multiple possible outcomes for Asian handicappers. Serve up the math and you’ll find plenty of insights about these teams and their past games/friendlies.

Cristiano Ronaldo and his stellar career will be etched in football history long after this World Cup tournament. He has already established himself as one of the greatest players of all time. And yet, he continues to outdo himself. Everyone is on the lookout if he will be able to score another hat-trick in this match. It’s guaranteed his teammates will look for him in their passes.

Medhi Benatia is the fiery defender who can help the Moroccans gain back their momentum. He has plied his trade in Europe and has helped Juventus win two league cups last season. In this Portugal showdown, he needs to take the lead and deliver the double, much like those goals he gave for the Bianconeri in the Coppa Italia final. The team captain needs to step it up.

Portugal: They will likely start with the traditional 4-4-2, with Ronaldo and wingers up the top. It has been a winning formula in their opener. A switch is at hand by second half.

Morocco: The right balance of midfielders and defenders at 4-1-4-1 will give the Lions the tactical flexibility they need in hopes of holding off Ronaldo’s strikes.

Portugal v Morocco: 4-2
As with the Iran meeting, Morocco will seek control. They look dangerous and they will give Portugal a hard time. But lack of clinical finishing can be problematic. Too much focus on Ronaldo and they might overlook players like Andre Silva and Bernardo Silva scoring in the net. If they won’t be able to capitalize chances from the get-go, they are done for.

Settled on a pick for this World Cup match-up? Head on over to Skype or VOdds sports trading platform to get the highest limits for your bets. The best prices and odds are on us.