Pre-season friendlies are difficult to judge. Is that loss to a Swedish side really as terrible as it looks? Was that victory over Barcelona really as promising as it seems? It could be useful to have a way to quickly gauge whether a starting line-up is full of first-teamers or fillers.

Which is where this comes in (the length of each bar is the number of players in the starting line-up who played that number of minutes the previous year): 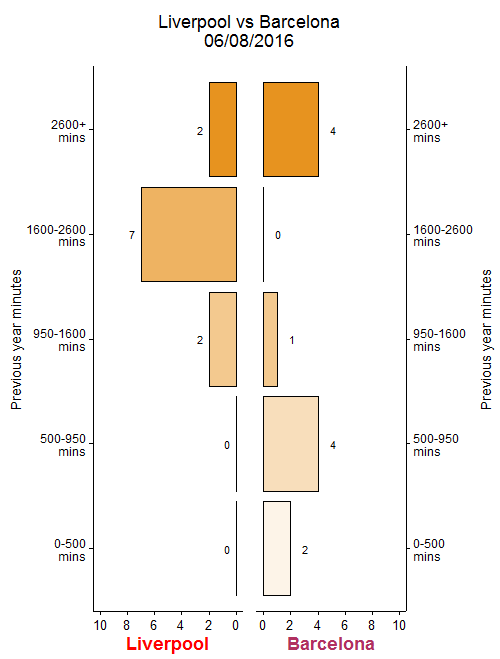 The boundaries are slightly arbitrary, but should be intuitively useful, being approximations for Starter, High Rotation, Medium Rotation, Low Rotation, Back-up.

As far as new signings go (and this useful part was inspired by Front Office Report’s scouting algorithm series), arrivals from lower quality clubs get a – fairly arbitrary, but probably useful nonetheless – reduction in previous season minutes. The idea is that a player may have been a starter at Birmingham, but is likely to play less than that if they sign for Arsenal.

It should also be noted that an injured player just counts as one who plays less, in this current iteration, so a good player who broke their leg could well turn up in the same category as rubbish players and squad-filler academy graduates.

The example above indicates that Liverpool were probably playing a fairly strong team in their friendly against Barcelona, while the Spanish side were playing a mix of first choice players and the B-team.

Moving across the north west to take on a Manchester United focus, it’s possible to track a team’s preparations through an entire pre-season.

This is the composition comparison from United’s last Premier League game of 2015/16 against Bournemouth (for ease, United will be on the left of all of these charts, regardless of home or away status). 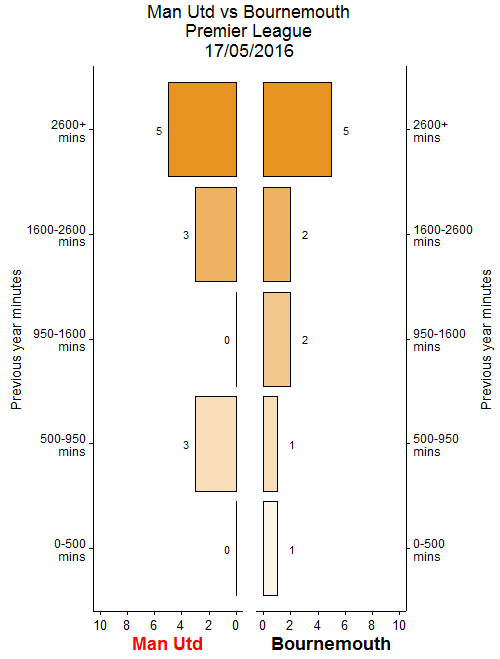 ‘Previous season minutes’ here is their minutes from 2015/16. There’s a slight possibility that I will try to add an ‘average composition’ line to these charts. For example, due to rotation and injuries this could be a kind of line-up Manchester United regularly played, while ‘only’ playing 5 guys who had over 2600 minutes may count as rotation for Bournemouth. Nonetheless, the pattern is clear.

There was a friendly against Wigan, but with Wigan in League 1 last season there isn’t adequate data on their players. Here, then, are the charts for the friendlies against Dortmund and Galatasaray. 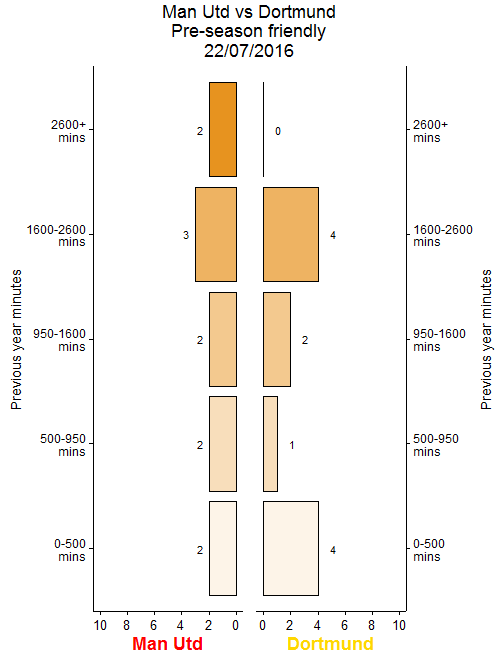 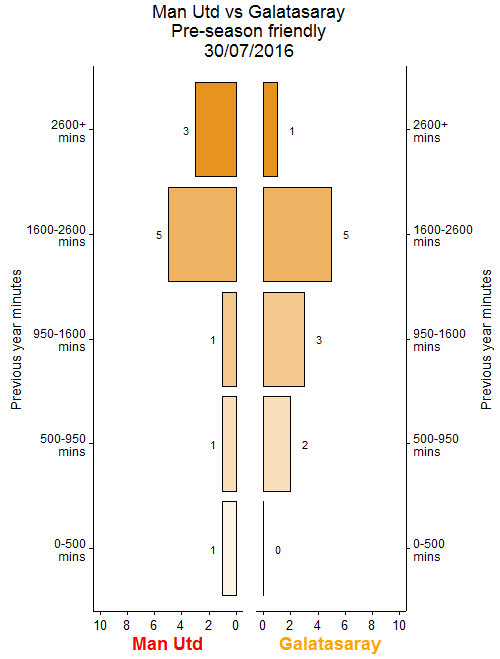 The difference from the Bournemouth game to the friendly against Dortmund is striking. Both sides seem to be filled with a lot more non-essential players. Against Galatasaray the balance shifts back ‘upwards’, towards players who played more minutes. 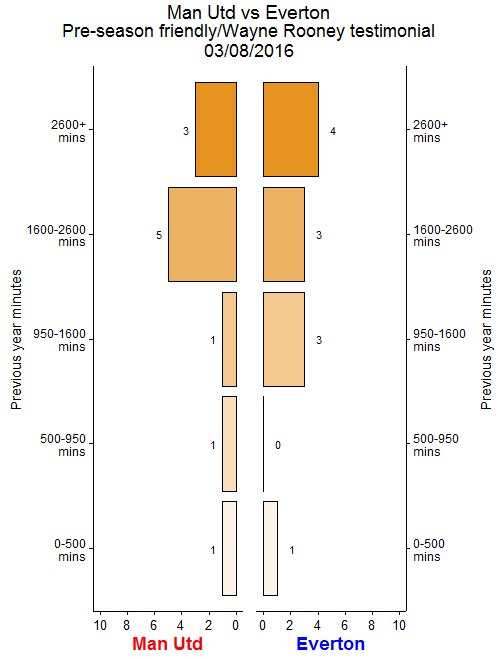 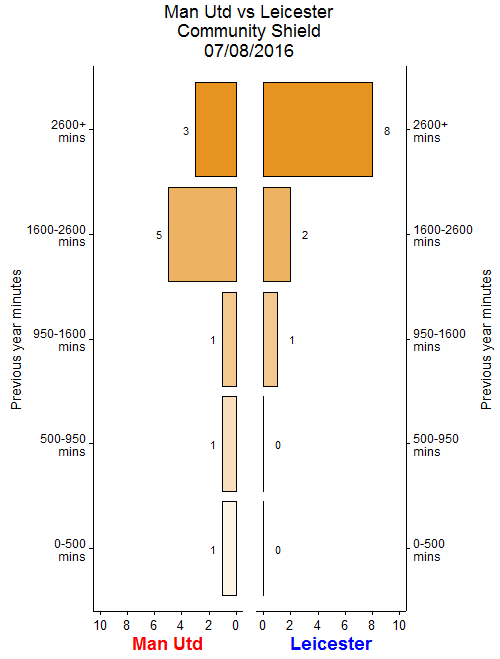 United’s composition looks similar in the match against Everton as against Galatasaray, but their opponents seem to be playing more of a starting line-up, and it shifts up again against Leicester. (This is where the average line would come in again though, Leicester are probably freaks in terms of players who featured in 2600+ minutes of league football the previous season).

It should be noted that, statistically speaking, these may not hold up. Joel Salamon found that the number of minutes a player gets in one season does not correlate with the number they’ll get in the next. Injuries won’t just affect the number of minutes of the injured player, but of their replacement too, and new signings and managers will also potentially have dramatic impacts on amounts of minutes. All this means that 2600+ minute men may not be next season’s starters, just that they were starters the season before.

It’s interesting to see though.