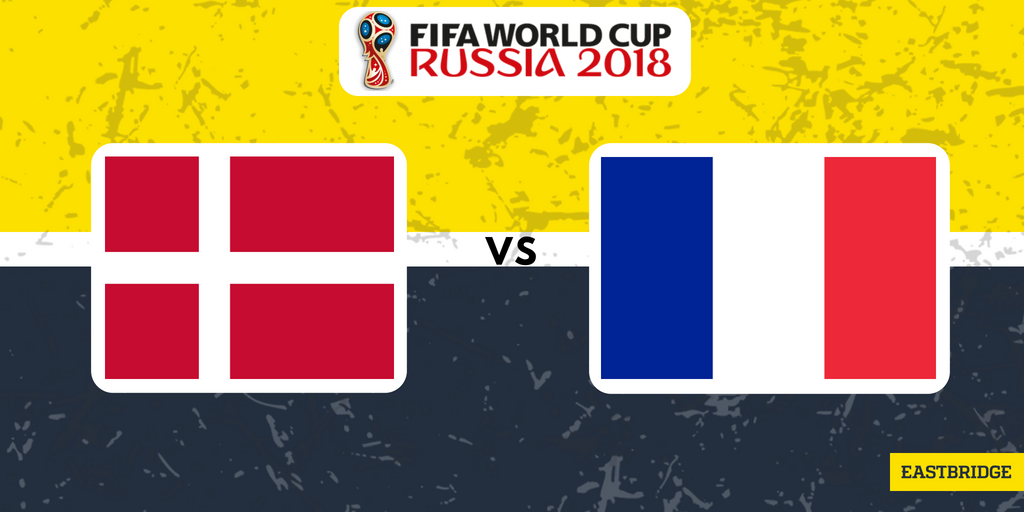 Denmark and France are set to compete for a top spot in Group C and fans, analysts, and even contending teams are expecting a tight match between the two. The Les Blues already qualified for the knockout rounds and just need a draw in this match to go through as group winners. This is the third time the nations will meet on the field after their last 1998 and 2002 FIFA World Cup encounters.

France won against both Australia and Peru in the opening matches and are reportedly ready to show off their best to fellow Group C contenders Denmark. Despite victories earned, Didier Deschamps’ men have been unable to impress. They will be on to a more favorable outing however with either Argentina or Nigeria in the next round. Danish Dynamite, on the other hand, will need a point to qualify and will top the group if they beat France at Luzhniki. If they lose and Australia can qualify on goal difference (given that they beat Peru). With Denmark’s 2 v France’s 3 goals on previous matches, we can expect a close goal gap here. These match predictions may come into play:

-Denmark to rule out Hugo Lloris’ remarkable blocks and saves.

France has collected 5 wins and 1 draw in last 6 matches, much promising than Denmark’s last 6 with 3 wins and 3 draws.

France to Shrug Off Hareide’s “Nothing Special” Remark

France is eager to prove Danish Coach Age Hareide wrong after the latter implied they won’t be a threat for his group  to advance in the World Cup series. Hareide may have the guts to say this, but underestimating France’s 23-man squad consisting some of the best players and goals scored in FIFA history —  is one competitive note to heat up the game.

Les Bleus is said to be more threatened with Croatia than Denmark, and they only see the team as one of the many other crews to rule out for draw purposes. Coach Didier Deschamps is expected to play a different field strategy against the opponent, reportedly to make up about 5-6 six changes for France’s final group stage game.

Deschamps is expected to stick with a 4-4-2 formation, the same line up which recently worked out well with their 1-0 win over Peru. We’d expect to see Lloris to initiate more saves, Griezmann working out the forward play, and Kanté on the midfield defense.

Denmark started their World Cup 2018 campaign with Yussuf Poulsen’s second-half goal during their match against Peru. The Dynamite squad can credit its recent draw match against Australia to Nicolai Jorgensen’s a skillful pass to Christian Eriksen who then flawlessly hit an exceptional strike goal.

The team’s power midfielder William Kvist has announced his return a few days before the showdown with the French. This makes up for a good news, an excellent comeback even; that would strategically strengthen Danish Dynamite’s action on the field.
Coach Hareide will re-assign either Jorgensen or Youssef as forwards, and Erikson to perhaps play the lead midfielder and have Kvist on his shadow. After all, William is highly praised for creating most exquisite assists on Denmark’s past victory records. So we’d expect to see a few stretches of that skill.

Will France be able to top their group? Know about the goals scored in this match and other 2018 World Cup news by following us on Twitter. Place your Asian Total Goals bets at Eastbridge via Skype today or with VOdds for the best prices!