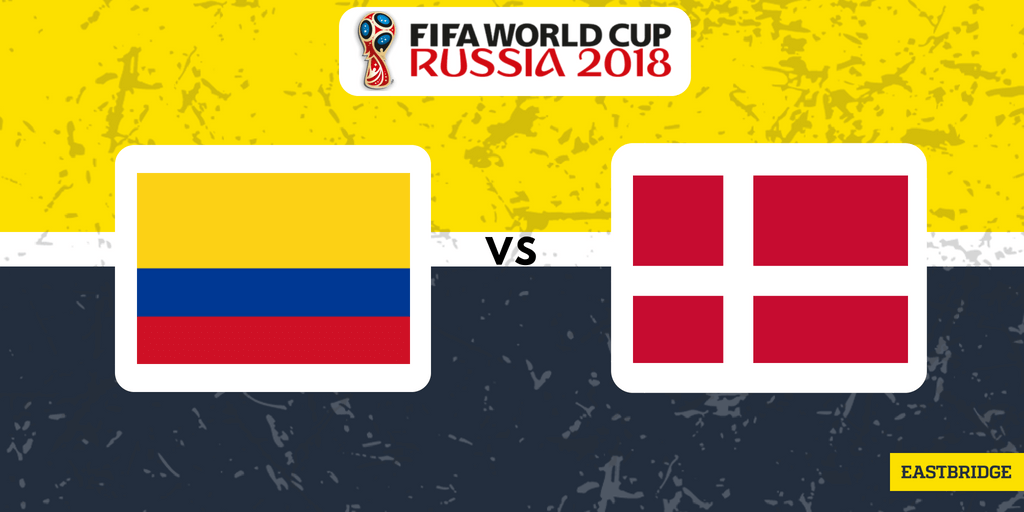 The crunch clash is on this Tuesday for two driven teams and their face-off is wide open to any number of endings. Colombia have had a slow start in Russia but they have grown into the tournament. After loss to Japan in their opener, Colombia managed to win two succeeding group games and emerged as Group G first-placers. The South Americans are hopeful they have the chance— however unbelievable it may look now—to challenge for the trophy at Luzhniki.

There is no question to the burden every squad carries at this point. But England feels it even more so. The nation that invented football has struggled to prove its prowess in the global stage for so long now. It has been 10 years since the English have won a knockout fixture. But this time, the team is riding a wave of positivity. Gareth Southgate said his players have the chance to take charge of their destiny and write their own stories. They feel confident they can make it to the quarter-finals.

No side can be undermined ahead of the encounter. Spartak Stadium is bound to be a jam-packed affair. According to Asian handicap odds, this will be a tightly contested match-up.

– Colombia seals tops spot in group division after the win off Senegal and Japan’s loss to Poland.
– England lost out to Belgium after goalie Jordan Pickford failed to defend net from Adnan Januzaj goal at 51’. (Courtois fired jibe at Pickford, saying he was too short for the sticks. This backfired when the – Belgian got trolled online for conceding two versus Japan).
– James Rodriguez’ calf injury resurfaced during group game with Senegal. There are still concerns whether the star playmaker will be able to make an appearance in England game.
– Delle Alli missed Panama and Belgium matches due to injury. He has reportedly been cleared for encounter with Colombia.
– Harry Kane is expected to be in Gareth Southgate’s starting lineup against Colombia.

Colombia remains hopeful that midfield talisman James Rodriguez will be fit to play against England. The 2014 World Cup Golden Boot winner made his first appearance for the country as a substitute for Juan Quintero. La Tricolor laboured to break down Senegal before Yerry Mina’s header secured their last-16 spot. If Rodriguez misses this match, it will deal a huge blow to the team. But Jose Peckerman is upbeat despite the downer. If Rodriguez doesn’t get the all-clear, Peckerman can put in Luis Muriel. The technically gifted Sevilla striker is quick on his feet and is adept at changing pace. Falcao can also lead the Colombia line. Mina and D. Sanchez can take care of central defence, while Carlos Bacca can be an attack arsenal with Jefferson Lerma in deeper midfield position.

The Three Lions’ 1-0 defeat to Belgium in final group match is perceived by some as a strategy so the team can have an easier route to the finals. But in this World Cup edition, there is no easy route. A tough team is waiting at every turn, such as Colombia. That’s why, even with their incredible chances of winning, Southgate refuses to get carried away. The tactician thinks it’s pointless to think about what might happen beyond this game. England defender Kieran Trippier said they’ve done the prep work for Colombia. The opposing side also has quality players and they need to be wary of that.

Colombia:
Yerry Mina scored two of five goals to help them get through knockout rounds. Along with Davinson Sanchez, he constitutes a stern threat to England. Davinson is Harry Kane’s teammate in Tottenham Hotspur. He’s very familiar with Kane’s style of play and qualities. Colombia now has that knowledge at their disposal.

Radamel Falcao is a top-class player who will be troublesome for Southgate’s squad. Despite disappointing spells at Premier League, Falcao’s instinctive finishing is still something Jesse Lingard and the others are cautious of. The AS Monaco striker proves to be menacing, but England has got guys to deal with the Falcao situation.

England
Harry Kane is the tournament’s top scorer so far. The Hotspur forward has already found the back of the net five times. If he continues to be in tip-top form, he can win the race for the Golden Boot. He is one of the best strikers in the world and England will look to their captain once more to repeat his goalscoring wonders during their Panama match.

Colombia: 4-2-3-1
This looks like a strong defensive set-up that affords a strongly positioned midfield. Dependent on distances between rows, the formation makes it possible to swiftly switch and produce creative situations. In attacking play, pressure on opponent’s defence is increased.

England: 3-1-4-2
Field tactic gives way to very simple transition and the midfield retains its shape. It works amazingly well with deep-lying playmaker and two central midfielders. A defender should be positioned to help wings survive counter-attacks.

Colombia v England: 2-3
If loss to Belgium has not made their game off-kilter, then England will win this one. Colombia is a street-wise, physical team. They will give England a very difficult game. Colombia is dangerous at set plays, but England dominates them in this element. Mina, Cuadrado, and Falcao will try to shatter the Lions’ defense in many ways. There will be fine margins and this may require extra-time. Ashley Young can take penalty when it comes right down to it. Spartak Stadium attendees will be lucky to witness this tight match.

This is quite a tough match to call. What’s your take? Place your bets with Eastbridge through Skype before the game starts.

VOdds is offering an awesome welcome bonus in this year’s World Cup tournament. You’ve got two weeks left to avail their offer. Register to VOdds today to get the cash bonus credited straight to your account!