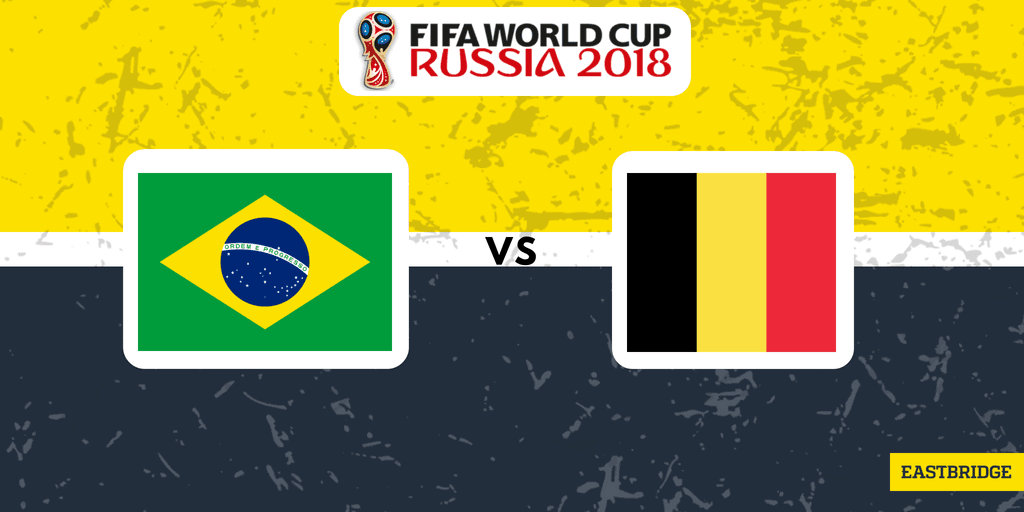 Experienced rivals of almost 4 years in football competitions, Brazil and Belgium will take on another shot at defeating each other in order to move onwards the World Cup quarterfinals this coming Friday. This is after their recent impressive wins opposing contending teams: Belgium v Japan: 3-2 on July 3rd and Brazil v Mexico: 2-0 on July 2nd.

This will be the second time both teams will fight for the prestigious World Cup. Both Brazil and Belgium used to play in series of international friendlies, dating way back in 1963 when Red Devils defeated the Selecao with a 5-1 full-time match score. The second was in 1965, with a 5-0 victory for Brazil. Two decades later they competed again for another friendly, and Selecao still won with a 2-1 overall result.

Then in mid-2002  FIFA World Cup, they were set for another game and Brazil still domineered the score sheet with 2-0 result — after forward Ronaldo de Lima made a swift goal passed Belgium’s retired goalkeeper Ger De Vlieger during its 86th minute game time. Now it’s 2018 and they are to face once more —  we’re on the lookout whether Belgium will put the odds on their favour this time by destroying Brazil’s 4-year record win with them.

-Brazil finished advanced to the quarterfinals when they defeated Mexico with a 2-0 FT score after forward Roberto Firmino’s secured a goal during the game’s 89th minute.

-Brazil midfielder Carlos Casemiro won’t be in the quarterfinals after earning a suspension from defensively stopping Lozano during Belgium v Mexico match last 2nd of July.

-Belgium will notch the World Cup first time record for scoring a goal right after deploying two subs in a knockout game. This occurred during the Red Devils match against Japan in the last 16 contentions round. Brazil is on the lookout for defeating Belgium for the fourth time this 2018. This occurrence definitely makes a good bet for Asian Handicappers who looks for an extraordinary score result when the game heads on an unpredictable course.

Selecao will definitely rely on Neymar Jr, due to the forward’s ability to play as the central and second striker, while making impressive assists as the winger and exceptional goal interceptions as the attacking midfielder on occasions. Neymar is expected to step up his game style to edge the team on the final qualifying rounds, though Roberto Firmino is also expected to help Neymar in creating a better defense and goal tactics for the team. Both made an excellent work during Brazil’s 2-0 goal win against Mexico.

He is the team’s center forward that can take down Neymar’s deceitful style of play on the field. Romelo Lukaku’s 5th goal can find its way to happening, should Mexican Roberto Martinez stick in showcasing Neymar alone. Selecao should also keep an eye on the Red Devil’s premium midfielder Eden Hazard as he aims to outshine opposing defenders by his skillful passes and defenses, scoring goals when it’s least expected. Both Lukaku and Hazard are credited for Belgium’s 3 out of 3 wins in Group G fixture with 9 goals.

Coach Bacchi is likely to set the team on a classic 4-1-4-1 form which worked effectively throughout Selecao’s recent World Cup matches. This form will showcase four attacking midfielders supporting Neymar in the attack, and Becker will strive to stop goals from flying on the other end as the goalkeeper. This is a flexible formation that Bacchi can change to a conventional 4-3-3 form without the need to add substitutions throughout the game’s progression.

Coach Roberto Martinez is expected to designate the squad in a traditional 4-2-3-1 form, with Lukaku on the center field, Hazard, and Mertens on the left and right wing. Martinez will assign Belgium’s man on the goal line Courtois to stop Brazil from scoring. He will surely put the country’s all-time top scorer Lukaku but we’d yet to see if Bacchi will also incorporate middle court defenses on the field.

Belgium is superior in this match, and Brazil on the losing end. Red Devils’ 12 total World Cup goals of 2018 are way adamant than Selecao’s 7. If Brazil will still highlight Neymar and Firmino on the goal, then the chance to take over Belgium is possible in a 2-1 FT score. However, Red Devils’ strong formation with Romelu Lukaku as the main man in action, it is likely for the crew to score for a 2-0 against Brazil during the game’s 85th minute time. A draw is unlikely to happen with this match, and we’re expecting Belgium to score the first goal even before the game can reach its first 45 minutes.

Will Belgium takes Brazil off the World Cup Finals list? Read more of upcoming FIFA matches previews on our insights page. Make an Asian Handicap bet on Selecao and Red Devils’ upcoming match and place it via Skype with only the best odds pick and prices today.